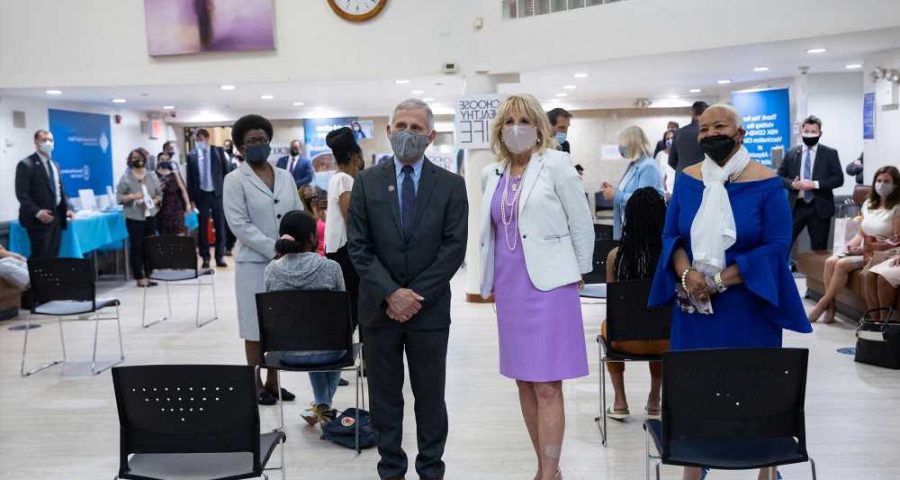 Adams, Yang should take teacher-union hostility as a big compliment

If woke companies really 'care,' let them help where it counts: fighting crime

Did we ever need masks?

It’s a touchy, complex question. People may not want to learn that millions of us covered our faces for 15 months for no good reason, after all. But asking the questions is exactly what we must do.

Last week, a trove of Dr. Anthony Fauci’s e-mails were released to the public. In a Feb. 5, 2020, e-mail to a Team Obama health official, the ­virus guru wrote that masks were for infected people, and that “the typical mask you buy in a drug store is not really effective in keeping out the virus, which is small enough to pass through the material.”

Did the virus magically grow in size, so that the masks could contain it? When he referred to masks in the drug store at that point, he meant medical masks. But most Americans spent more than a year wearing cloth masks. If medical masks couldn’t contain the tiny ­virus, how could the cloth ones? Can Fauci point to any studies showing that masks made a significant difference in containing the coronavirus?

These are questions that should be asked of Fauci today. Instead, we have an adoring press that ­refuses to do its job.

Scoring the first interview with Fauci after the e-mail release, MSNBC’s Nicole Wallace made sure to compliment the discredited doc, saying, “The true mark of someone is if they look good even when their personal e-mails come out, so you pass the test very few of us would pass.”

I’m sorry, come again? Was she interviewing her bestie for the school paper before prom? Or did the nation need serious answers from the top doctor who determined our pandemic response?

Our news cycles move incredibly fast. We get over things. We move on, for good and ill. And it’s understandable not to want to look back at the difficult days we went through to figure out what we did wrong. What difference, at this point, does it make, right? But before we bury the fact that we may have needlessly worn face coverings for more than a year, we need to get some answers. It matters.

For one thing, look around, some Americans are still diligently wearing masks. They’re wearing them alone, outside, even post-vaccination. If Fauci terrified these people to the point where they feel safer wearing a mask, despite never having needed one in the first place, we have a duty to help them leave irrationality behind by exposing the truth.

There also were people who were ticketed and publicly humiliated for not wearing a mask; businesses that didn’t enforce mask-wearing faced fines. The question of whether masks made a difference in fighting COVID is one that matters very much to them. In New York last spring, Mayor de Blasio was forced to reconsider policies that had police fining or actually arresting people who ­refused to mask.

On Friday, New York state Health Commissioner Howard Zucker sent a letter to Rochelle Walensky, director of the US Centers for Disease Control and Prevention, ­informing her that the Empire State was going to allow school districts to make masking optional. Yet the New York City Department of Education almost immediately rejected the idea that Gotham school kids could unmask.

So yes, the growing possibility of a grand Faucian error continues to matter. It matters to a 5-year-old forced to mask on a New York pavement in 90-degree heat during recess.

You don’t have to think Fauci is evil to believe that he made some glaring errors that now need to be corrected. He was constantly on TV, frequently contradicting himself and often causing confusion. It isn’t some conspiracy theory to say so. This is what happened: He is a poor communicator and a control freak, and a fawning media magnified his flaws.

The lack of real questions was a problem throughout the pandemic. Now that we are almost on the other side, it’s fair to demand real answers.