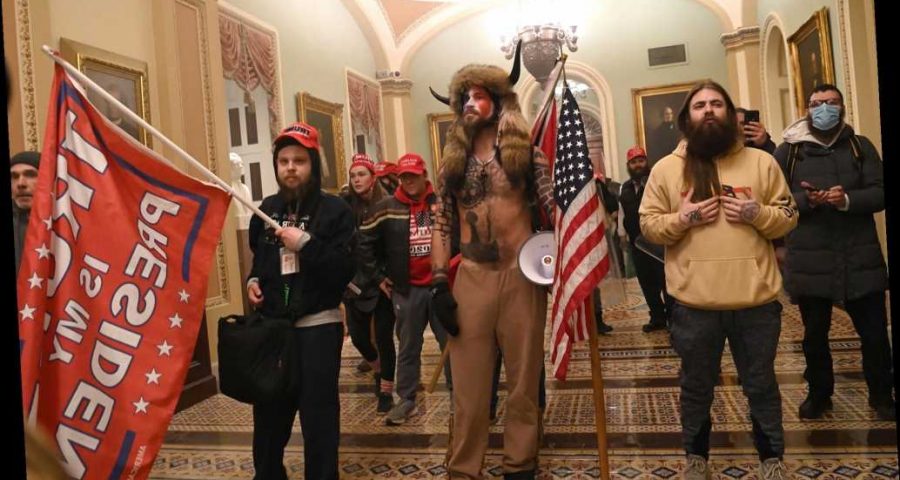 Pence meets with House GOP, says he has good relationship with Trump

Two of the top acting Capitol security officials are claiming in their testimony before Congress Thursday that the lack of preparedness during the Jan. 6 riot was due to a lack of adequate intelligence from other agencies.

Here’s what you need to know ahead of Thursday’s proceedings:

The proceedings will be available for streaming through C-SPAN, PBS and YouTube, beginning at 10 a.m. ET.

While some cable news networks may pick up parts of the briefing, it is not clear if any will carry the whole thing.

During Thursday’s hearing, House members will question the law enforcement leaders on how breaches to the Capitol were able to occur.

According to their opening testimonies, both Blodgett and Pittman will largely place blame for their lack of preparedness during the Jan. 6 riot on a lack of adequate intelligence from other agencies.

While Pittman, who was assistant chief of police for the department’s protective and intelligence operations at the time of the riot, plans to defend the Capitol Police, she will also concede that the force had “internal challenges” after becoming “overwhelmed by thousands of insurrectionists.”

In her capacity as assistant chief of police, she says in her testimony that she reviewed a final report warning about a “Stop the Steal” rally on Jan. 3.

The report concluded that militia members did plan to participate in the day’s events — with some being armed — and to target the certifying of the Electoral College results.

“The threat of disruptive actions or violence cannot be ruled out,” she plans to say the report stated.

Still, Pittman says, Capitol Police could not have predicted what was to come.

Blodgett, meanwhile, will blame assessments from the FBI and other intelligence agencies as “muddled or contradictory.”

“Intelligence requires finding the needles in a haystack. On Jan. 6, there was a failure to either gather, synthesize, or disseminate intelligence and there were indications that intelligence was muddled or contradictory,” a transcript of Blodgett’s prepared remarks reads.

Pittman is also almost certain to face questions from lawmakers on both sides of the aisle about the investigations into the 35 Capitol Police officers under investigation related to the riot.

What is this hearing for?

Lawmakers are currently in the midst of weeks of hearings into the siege, examining all aspects of riot from security failures to the pervasiveness of domestic extremism.

Hundreds of people have been arrested for their alleged roles in the riot, ensnared in an investigation that has seen federal authorities parse thousands of pieces of evidence and fan out across the US.

But authorities have also zeroed in on failures by law-enforcement to properly prepare for the unrest despite ample warnings on social media that the chaos was coming.