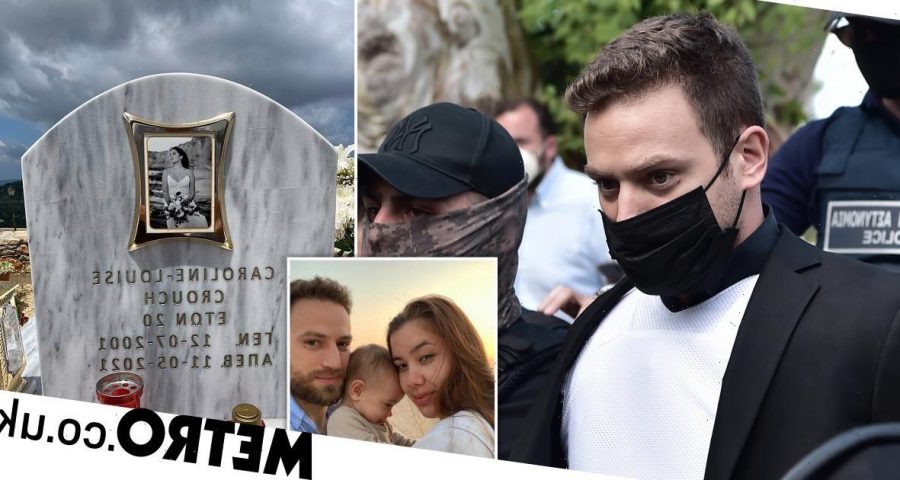 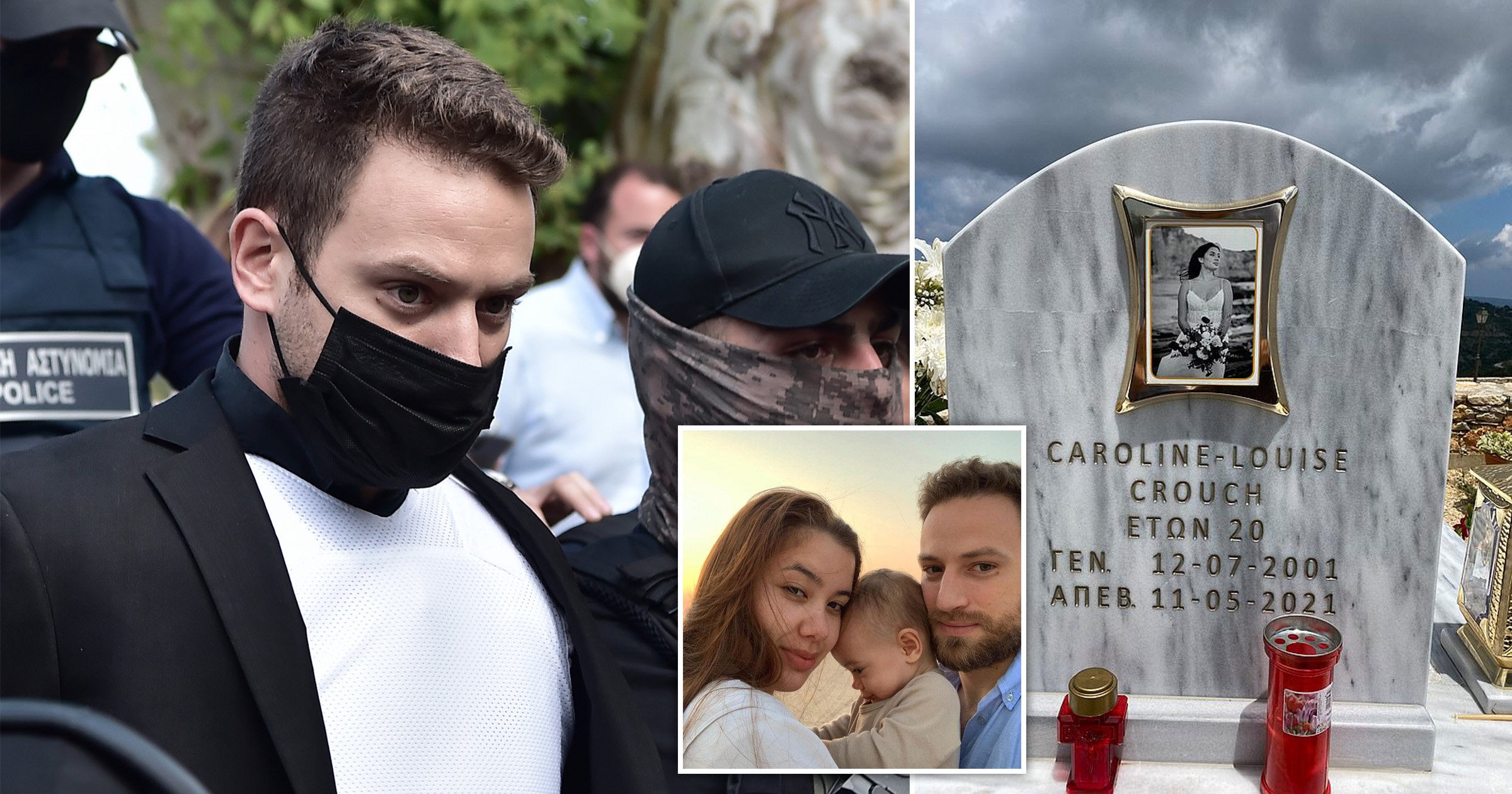 Caroline Crouch’s family may change her gravestone after her husband confessed to smothering her to death as she slept.

The young mother’s headstone shows a picture of her in her wedding dress, with the inscription reading: ‘Our beloved mother, wife and daughter.’

An elderly neighbour held back tears as they revealed Caroline’s loved ones are considering removing the picture as it is linked to her killer and husband of three years, Babis Anagnostopoulos, 33.

Speaking at the grave, the neighbour told the Daily Mail: ‘He did not love his wife. This stone will have to be changed.’

Caroline’s parents Susan and David Crouch, who live nearby at a retirement home on the island of Alonnisos, are ‘shellshocked’ by their son-in-law’s ‘evil betrayal’.

Family friend Kostas Mavrikis said: ‘I was crying with Babis when he gave his speech at her funeral. Imagine how betrayed Susan feels – she used to trust him, he was hugging her at the funeral.

‘It’s like she died twice: once when her daughter died and again when she learnt who killed her.’

It comes as Anagnostopoulos admits to killing his wife, 20, as she slept, despite previously claiming he smothered her during a blazing row.

The pilot initially told detectives a group of masked robbers had killed his wife, before taking £10,000 in cash.

He killed the family dog to make his story more plausible and kept up the facade for a month.

He finally confessed last week, as data on his smart watch showed he had moved around the house while ‘tied up’.

Anagnostopoulos initially said he ‘lost his temper’ after Caroline had ‘pushed and punched me, then thrown the child inside the crib’.

The couple was having a heated fight in which she threatened to divorce him and take their baby daughter, he said.

But new smartwatch data reveals Caroline was fast asleep in the early hours of May 11 – before an abrupt increase in her heart rate was recorded at 04:05.

She was suffocated for six minutes until her heart flatlined at 4.11am.

An extract of Anagnostopoulos’ police interview released on Sunday sees him confess that Caroline was ‘sleeping… with her face resting on the pillow’ before she died.

He said: ’I laid down next to her, trying to tell her that what she did to Lydia was very bad. I pressed the front of her face, that is, her mouth, nose and eyes, to the pillow.

‘I think I was pressing her head with the weight of my body. While I was pushing her I told her two or three times: “You will not hit the little one again”.

‘This must have lasted for about five minutes, until I realised that Caroline had stopped moving. Then I panicked.’

Harrowing diary entries lay bare the toxic fights between husband and wife, despite their seeming idyllic life in the affluent suburb of Glyka Nera, near Athens.

While pregnant with daughter Lydia in December 2019, Caroline wrote: ‘I fought with Babi again. This time it was serious. I hit him, I cursed at him and he broke down the door… I am thinking of leaving.’

Another entry on July 2020m when the couple’s daughter was one month old, read: ‘Today my little one is a month old – it’s also the day I told Babi I want to leave… I feel awful.’

Caroline decided to stay as she wanted her daughter to grow up with both parents.

A judge must now decide whether Caroline’s family or Anagnostopoulos’ relatives will look after Lydia – or a third option could see the little girl put into the care system, The Sun reports.

Anagnostopoulos has said wants his daughter grow up ‘in the family’, telling his lawyer Alexandros Papaioannidis: ‘I am devastated and everything I did, I did with my child in mind.’