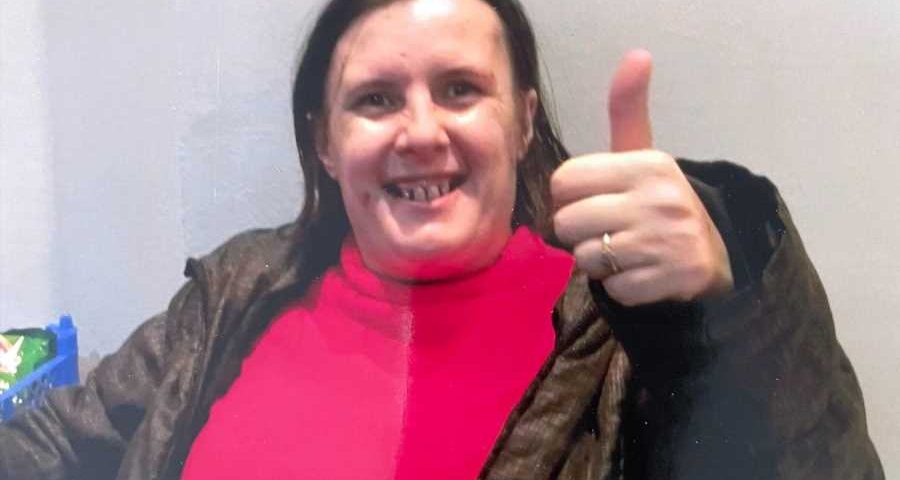 A FAMILY have been left "haunted everyday" after their beloved niece was battered to death by a self-confessed psychopath searching for a "high".

Samantha Heap, 45, suffered more than 60 injuries when she was killed by David Mottram, 47, at Mount Pleasant supported living accommodation in Congleton, Cheshire, on March 2. 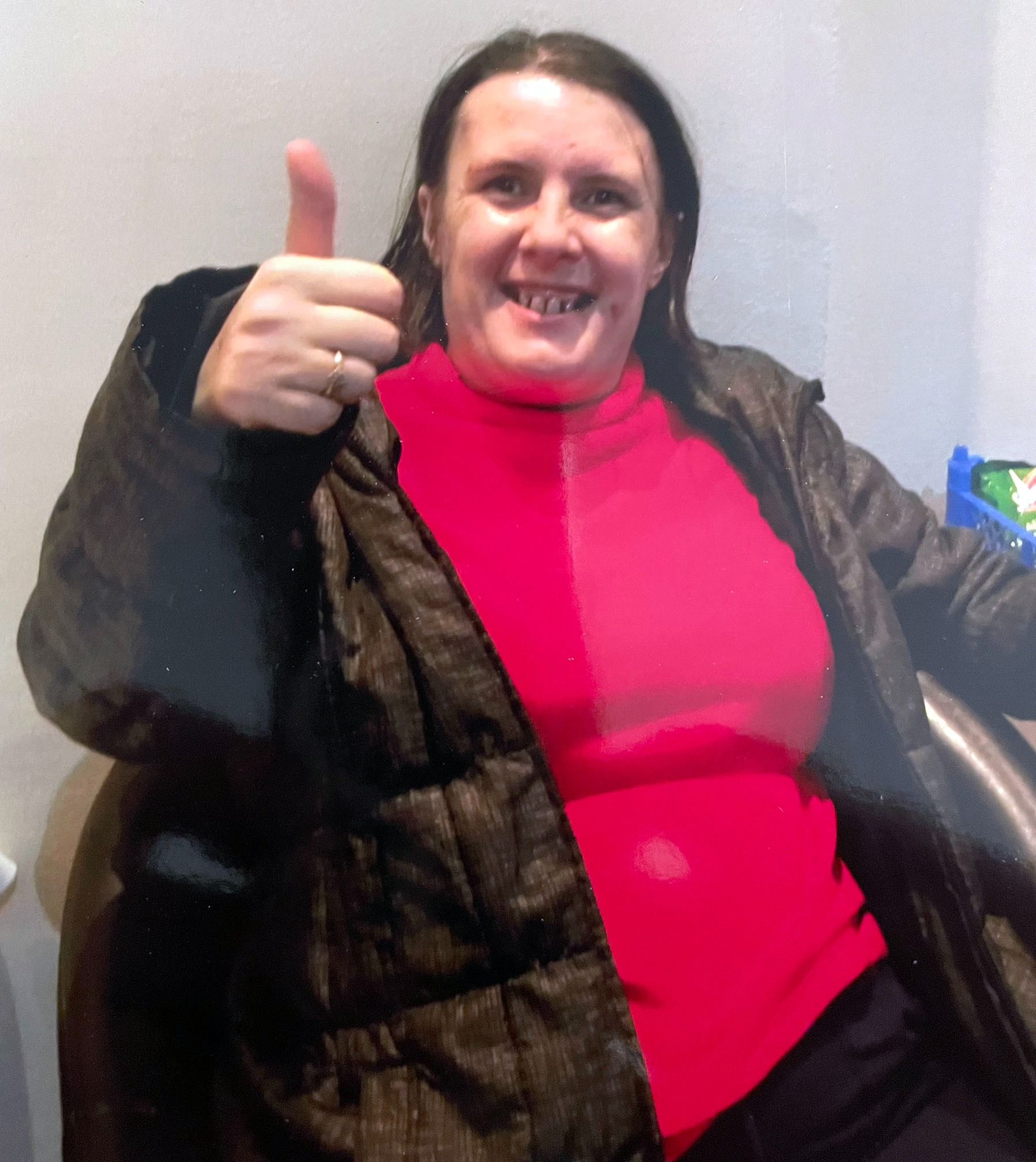 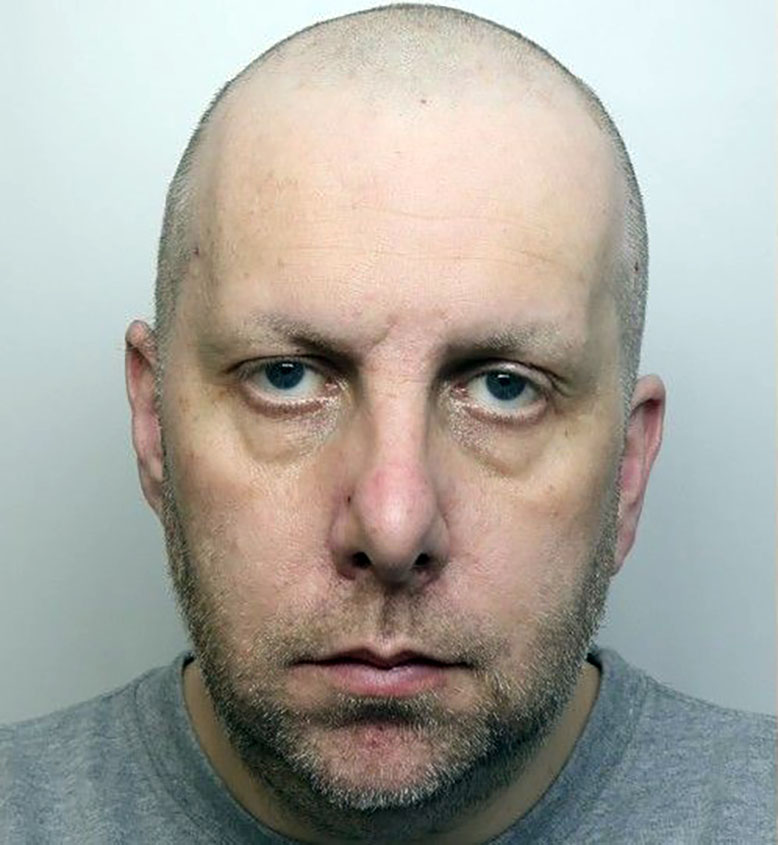 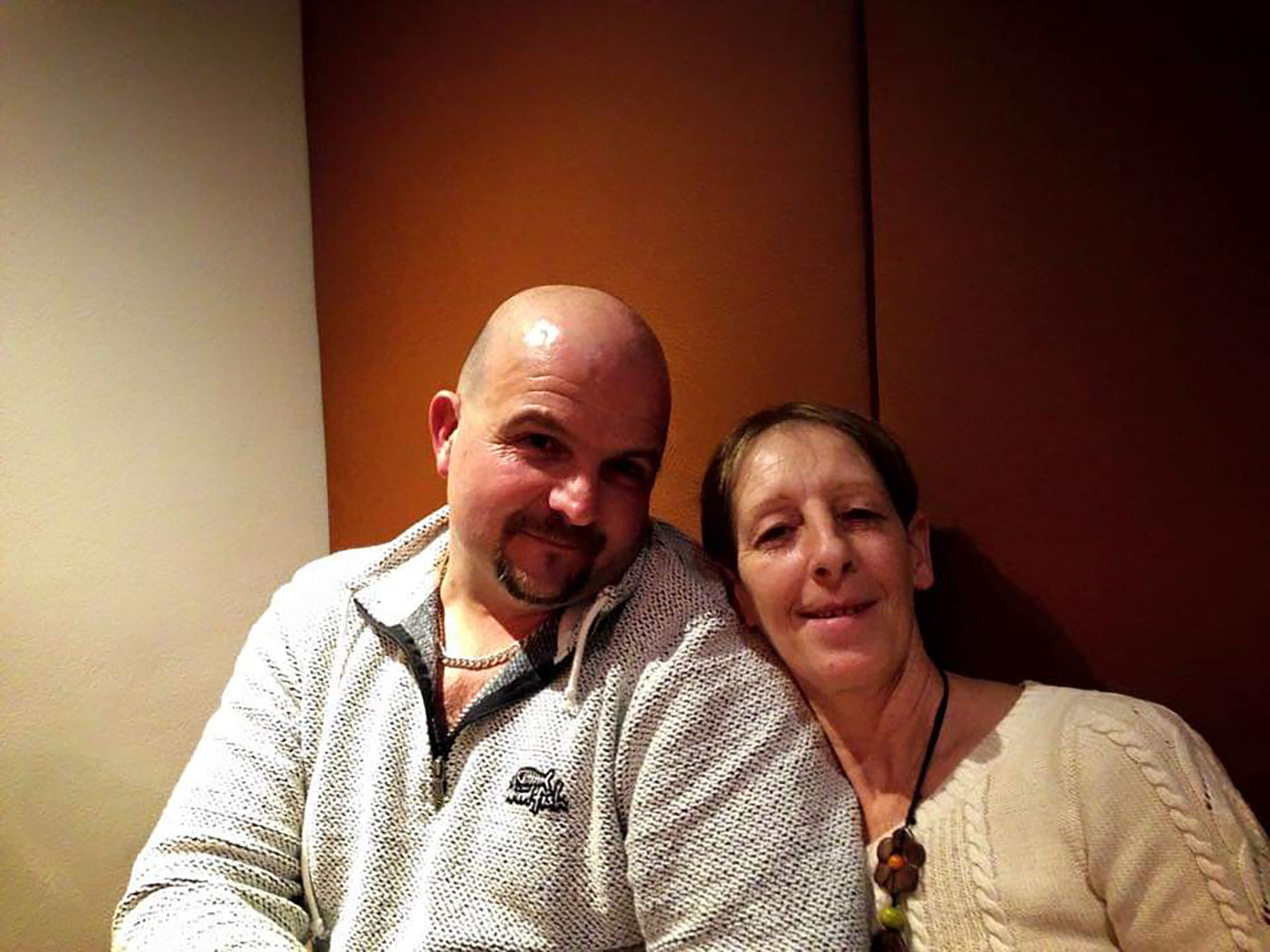 Mottram – who told police he "did not like" Samantha and said "killing her gave him a high" – was sentenced to 30 years in prison for the brutal murder.

Now, Samantha's aunt and uncle, Jane Tweats, 57, and Nigel Mason, 54, have spoke of their horror after "warm and caring" Samantha was cold-bloodedly killed.

Mottram tricked his way into Samantha’s home before taking a plastic flex and using it to strangle her on March 2 last year, Chester Crown Court heard.

He also took a knife and fork from her kitchen and used them to inflict 14 sharp force injuries including three stab wounds – to her face, cheek and back.

Mottram then threw a wooden DVD unit on her body as she lay on the floor dying.

Samantha suffered more than 60 injuries – including nine fractured ribs – in the horrific attack.

The killer – who was jailed for life in September – sat in her flat and watched TV whilst he waited for the police.

Samantha’s aunt and uncle were close to their niece.

Mum-of-one Jane said: "Samantha was a warm and caring person, and she was very affectionate.

"But she was also very trusting and that made her vulnerable.

"When Mottram knocked on her door, she would have been only too happy to help.

"The way she died was horrific. It haunts me every day.

"Mottram should never have been housed near to her. He ought not to have been allowed to live in the community.

"In his letters he claimed to have done Samantha a favour.

"He spoke of his admiration for serial killers such as Manson and Brady. He wanted notoriety and he had a list of possible victims; Samantha was not his first target, but she was the easiest.

"Knowing how much she suffered has been very hard for us. I've lost weight, I don’t sleep, and I think about her all the time.”

Jane and Samantha’s mum, Susan, were sisters and the family was close-knit.

Jane says: "I babysat for Samantha a lot and I adored her. I was only 12 when she was born and so we were pals as she grew older.

The way she died was horrific. It haunts me every day

"She was very arty, she loved drawing and craft. She had convulsions as a baby and was diagnosed with special needs.

"But she did well at school, and she went on to college. It didn’t hold her back at all."

After leaving college, Samantha got her own place in a supported living complex.

She did voluntary work for cancer research and heart charities. She helped out at two churches, worked as a ranger and loved line-dancing.

Jane added: "My sister died from cancer in 2018 and we took Samantha under our wing more and saw a lot of her.

"If I bumped into her in town, she would scream my name and run the length of the street to give me a hug.

"She was a very tactile, affectionate person but also very trusting and that made her quite vulnerable.

"I didn’t know Mottram, he was something of a recluse. Samantha never mentioned him. Beyond saying hello in the corridor, she didn’t know him."

In March this year, Jane received a call telling her Samantha was dead.

She added: "I raced up to her flat, and it was all taped off and there were police everywhere.

"I initially thought that she’d had Covid, because she was always hugging everyone. But the police told us she had been strangled and beaten.

"I was devastated. She would never have harmed anyone, she didn’t have it in her. Yet she died such a violent and brutal death.

"The police couldn’t tell us the details of how she had suffered. We only found out when we went to court, and it was appalling. I had to leave the court room several times."

Chester Crown Court heard that on the day of her death, Samantha had ordered a takeaway which was delivered before 5pm.

Shortly after, Mottram, who lived in the flat below, tricked his way inside her home by claiming he was locked out.

He then subjected her to a brutal and sustained attack.

Detectives searching Mottram’s flat found a number of handwritten letters stating that he didn’t want to live in the community and wanted to go to prison.

While in custody awaiting trial, Mottram wrote a letter to a relative in which he said: "I have been planning it for years.

"I feel no shame, compassion or regret for what I did to my neighbour. I have never liked her.

"Sixteen-and-a-half years with her is too long. I have always been a psychopath. Since I have done the crime, I should do the time."

Despite his admission, Mottram denied murder but was found guilty after an eight-day trial.

Judge Michael Leeming sentenced Mottram to life in prison with a minimum term of 30 years. 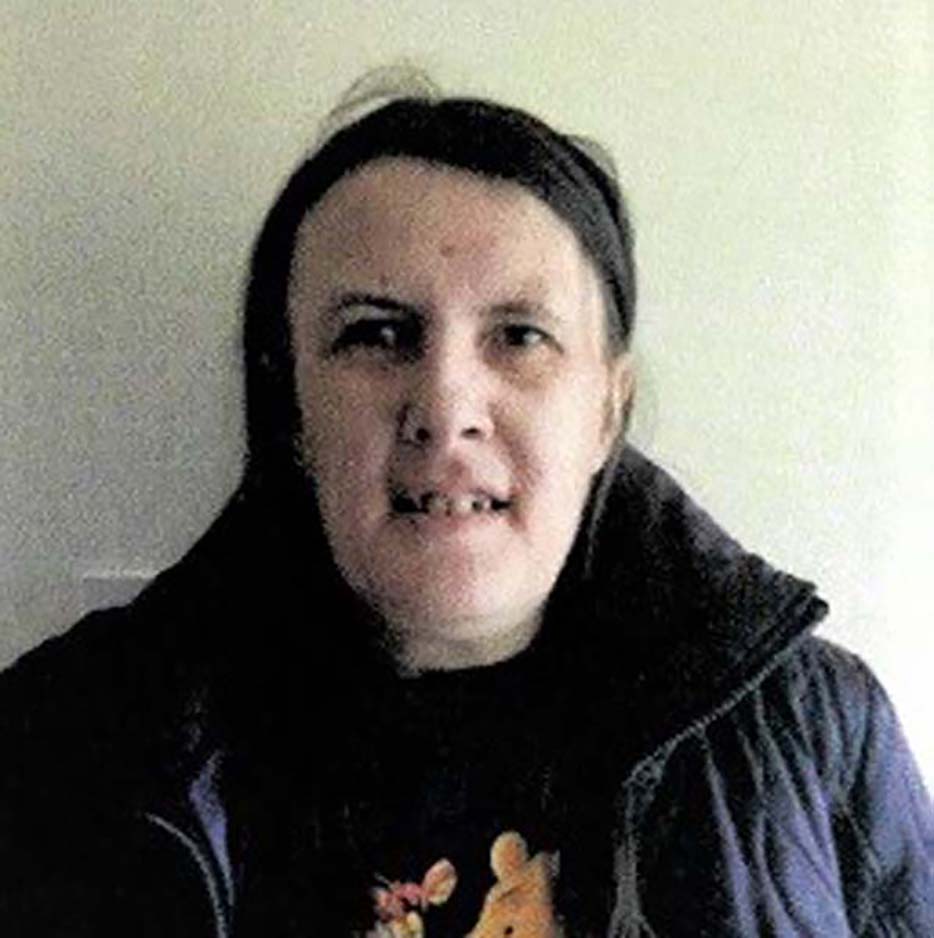 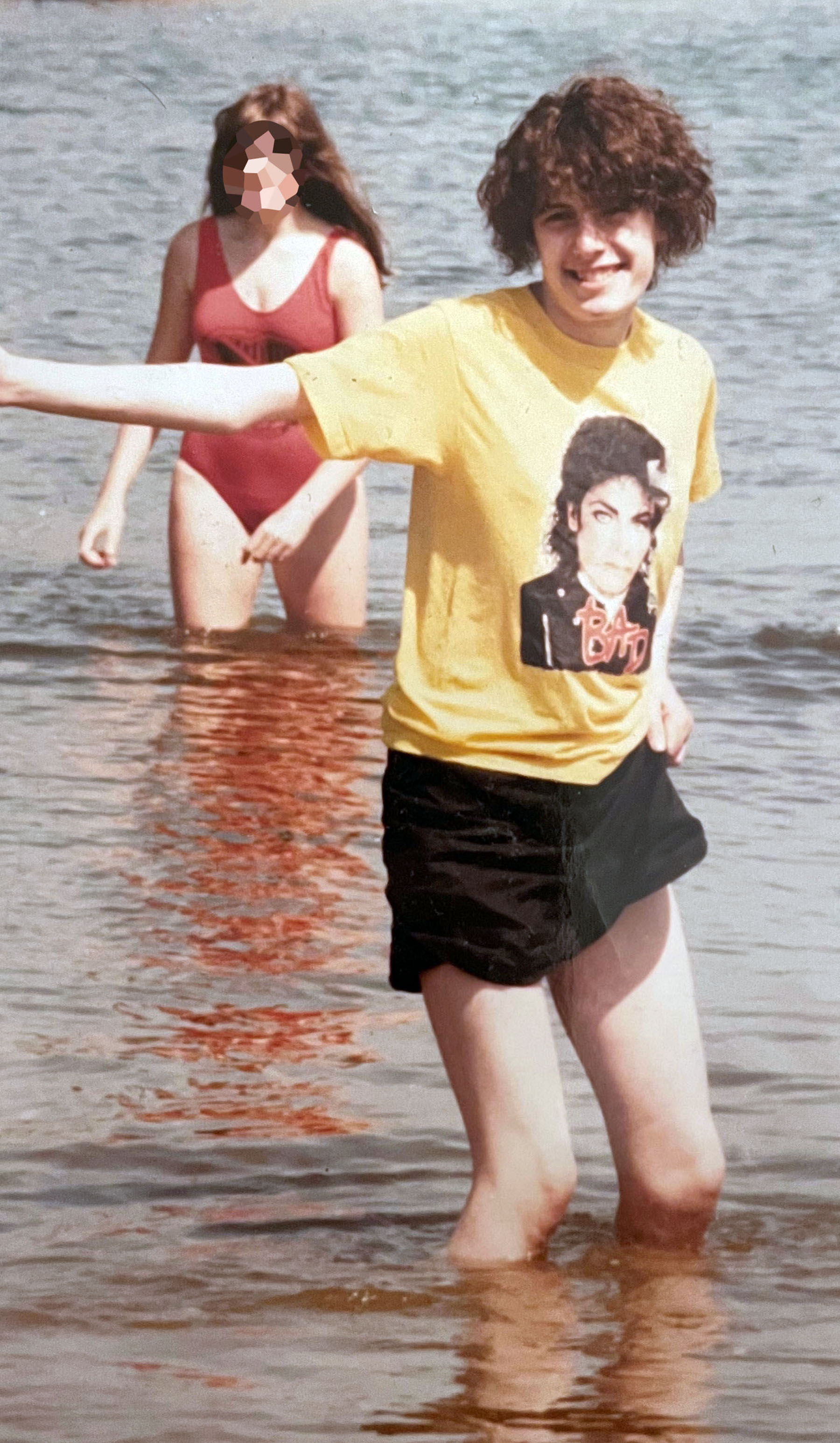 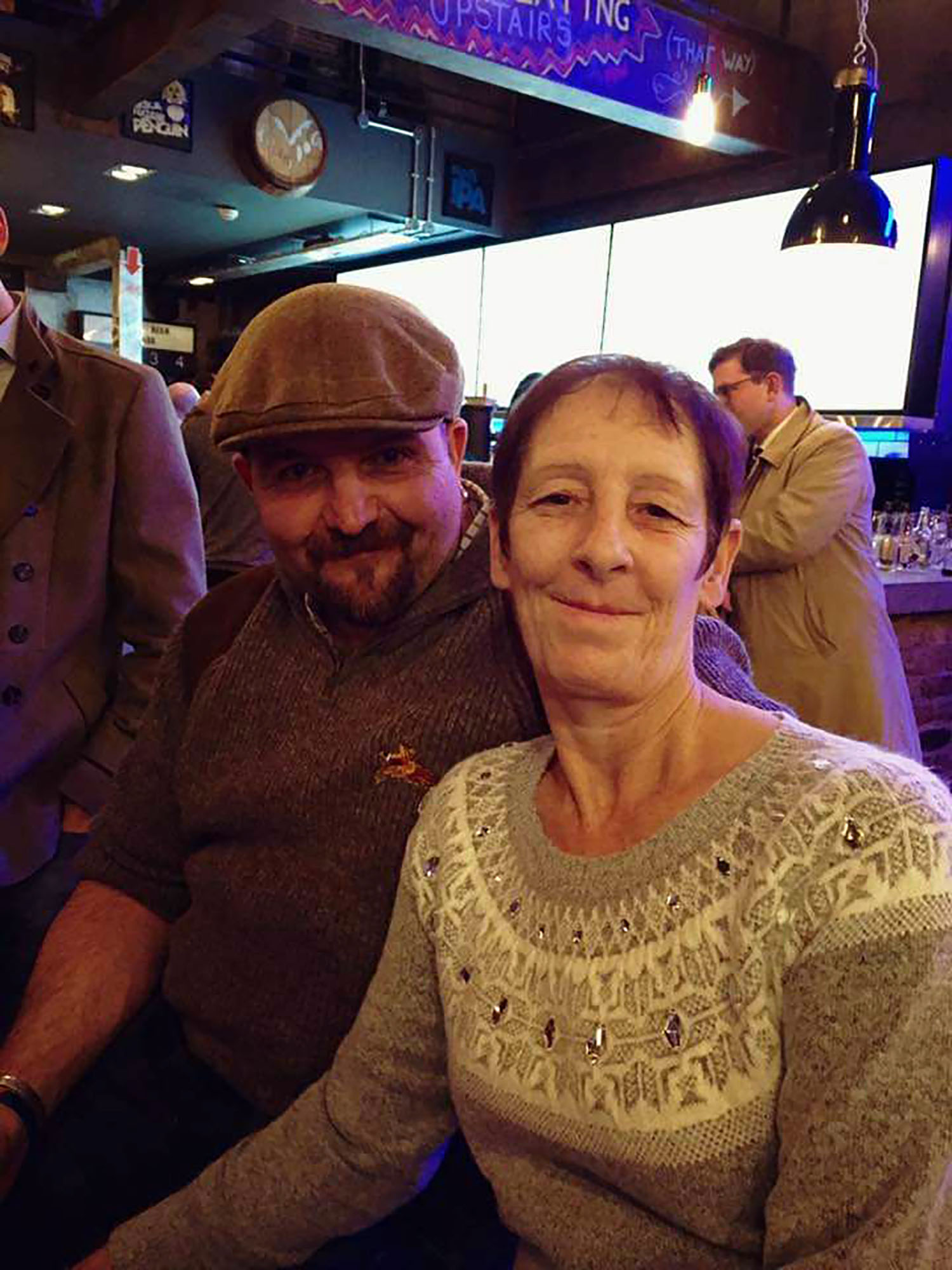