It is two hours from opening time on the first day of Alice Springs’ new alcohol regime when Haydn Rodda, the owner of Pigglys Supermarket, emerges from the locked doors of his bottle-shop following a meeting with the local police.

He is still unsure about what happens next and, it seems, so is the constabulary. 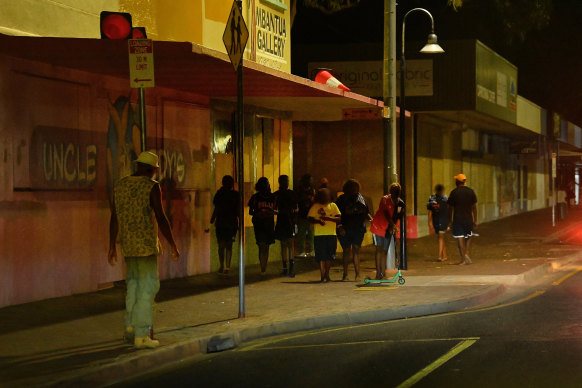 “I think it’s a case of ‘you can’t put some things in place without the correct paperwork’,” he says. “They [the police] were here to say ‘open up at 3pm’, but they got a phone call just before you arrived.

“No one knows what the hell’s going on.”

The new measures, announced late the previous afternoon in a hastily convened press conference with an entourage of jittery federal and territory politicians, include restricted bottle shop hours and a total takeaway booze ban on Mondays and Tuesdays.

They are the stop-gap response to the soaring crime fuelled in part, locals say, by the volumes of alcohol now flowing freely in previously dry Aboriginal town camps. 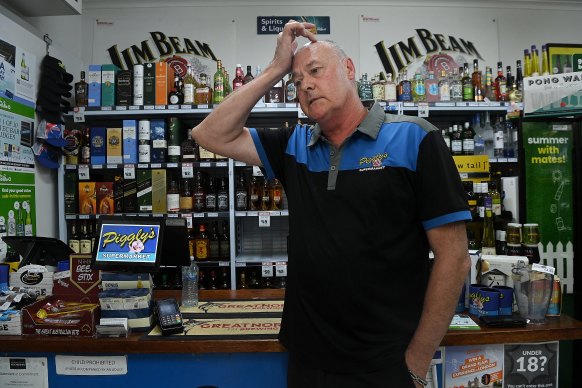 Kids escaping boredom or hopelessness roam the streets alongside jobless and prospectless young men and women. Most are peaceful. Others gather in increasingly emboldened groups seeking chaos and destruction, at any time of day.

Passing the town council offices, our unmarked car is struck with a packed lump of dirt, a common experience for Alice Springs drivers – but often they cop rocks instead of clay. There are at least 20 young people in this particular group, all moving towards town. Some could not be older than 10.

Later that night, a 35-year-old woman was arrested after a man was stabbed in the chest outside a business just across the road. The man was taken to hospital. 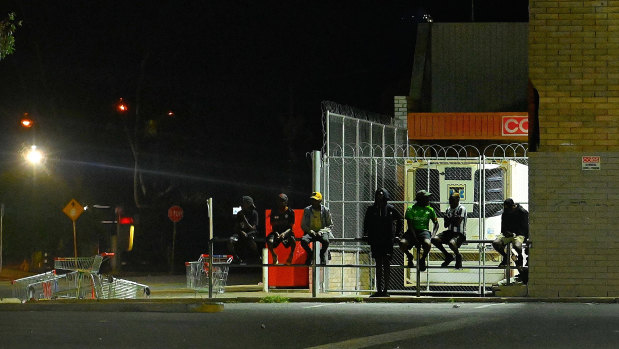 The new measures include restricted bottle shop hours and a ban on takeaway booze on Mondays and Tuesdays.Credit:Kate Geraghty

The security outfit has 170 staff on the books, according the driver, who is also a supervisor. Staff accompany Coles workers to and from their cars. Another stays overnight in the closed K-Mart.

The driver points out the defunct Beaurepaires, which has been broken into so many times they don’t bother sealing the doors.

The night before the politicians arrived, one of the leaders they came to see, Donna Ah Chee, who is the chief executive of the Central Australian Aboriginal Congress, had her car windows smashed by would-be thieves demanding alcohol.

“I have never felt this unsafe and frightened in the 36 years I’ve lived in Alice Springs,” she told ABC Radio. 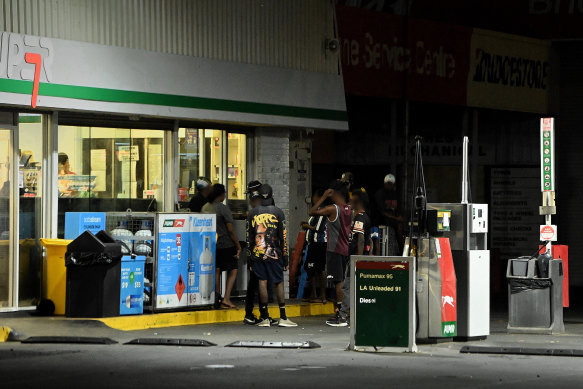 A service station in Alice Springs on Tuesday night.Credit:Kate Geraghty

This year’s difficult summer prompted Mayor Matt Paterson last week to issue an appeal for outside help: “Anything”, he said, to bolster the Territory’s stretched policing resources, even a deployment of federal police or the army.

These options were rebuffed. So too were calls from some town leaders to reimpose the elements of the Stronger Futures legislation, which prevented residents of the Alice Springs town camps from buying takeaway alcohol. The laws lapsed in July last year.

Locals say the freedoms enjoyed once the legislation lapsed also attracted more people from dry remote communities, who crash at the crowded homes of relatives or in the parks.

The crisis is more complex than easier access to alcohol: add to this the decline of service delivery, unemployment rates anecdotally north of 90 per cent in some places, welfare dependency and fracturing connections to traditional language, lore and land.

After five years of the Howard-era Intervention, followed by a decade of Stronger Futures, people with deep connections to the desert lament the failed government fixes.

Paterson said the local restrictions did not go far enough and could have unintentional consequences, including more break-ins by people searching for alcohol on the dry days.

There were also concerns the measures could supercharge the already raging “sly grog” market, in which some people unable to access alcohol are willing to pay as much as $200 for a bottle of rum.

Others said the travelling pack of politicians and a prime minister on Tuesday was little more than a “dog and pony show”. 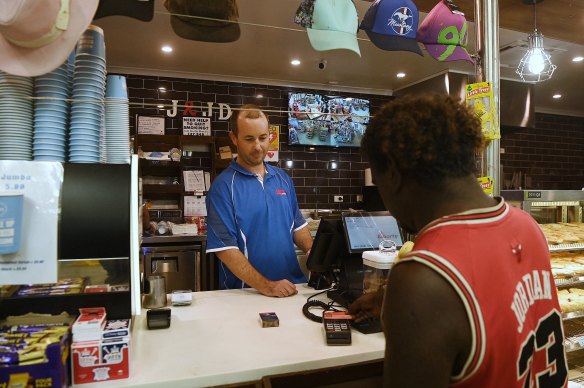 Frank Brook serves a customer at a petrol station in Alice Springs on Tuesday night.Credit:Kate Geraghty