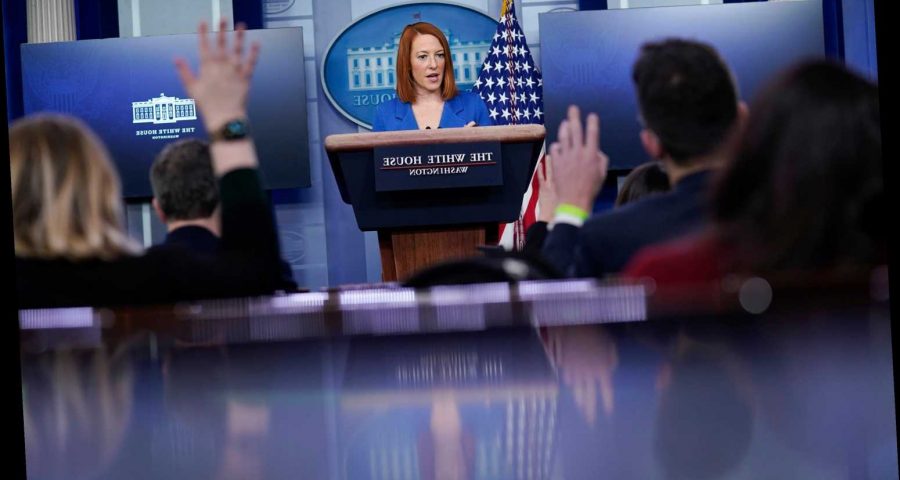 White House press secretary Jen Psaki came under fire Tuesday for what one leading Republican lawmaker called her “disgraceful comment” about the US Space Force.

Psaki was asked by a reporter during her daily press briefing whether President Biden had decided on the future of the newest branch of the military, established by former President Donald Trump when he signed the 2020 National Defense Authorization Act.

Psaki appeared unprepared for the question and responded by seemingly likening it to repeated inquiries from reporters last month about whether Biden planned to change the color scheme of Air Force One.

“It is an interesting question. I am happy to check with our Space Force point of contact. I’m not sure who that is. I will find out and see if we have any update on that.”

US Rep. Mike Rogers (R-Ala.), the top GOP member of the House Armed Services Committee, called on Psaki to “immediately apologize to the men and women of the Space Force for this disgraceful comment.”

“It’s concerning to see the Biden administration’s press secretary blatantly diminish an entire branch of our military as the punchline of a joke, which I’m sure China would find funny,” Rogers told Politico.

“The Space Force was passed with near unanimous support in Congress, the same type of ‘unity’ President Biden is supposedly working towards.”

“This is just another example of the Biden administration not taking China seriously while demeaning the incredible work of Space Force personnel,” Waltz told Politico.

The White House didn’t immediately return a request for comment.