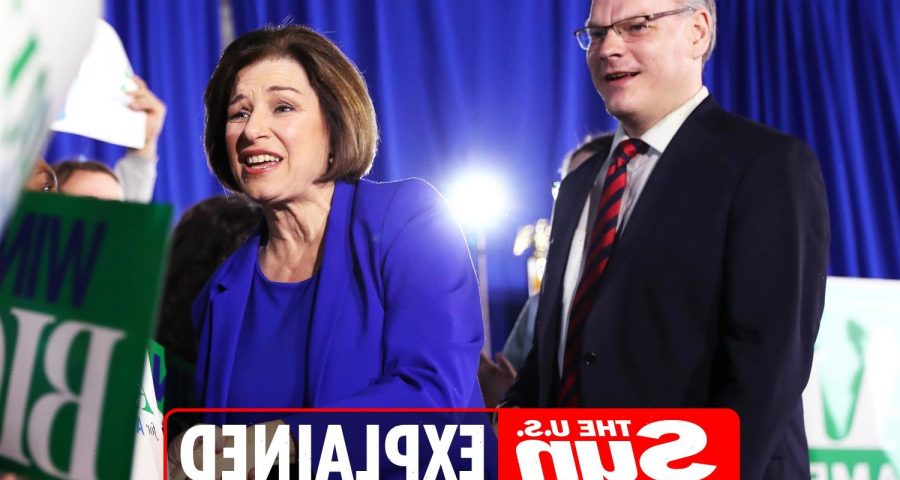 SENATOR Amy Klobuchar and John Bessler have been married for nearly three decades.

The couple has one daughter together, Abigail Bessler. 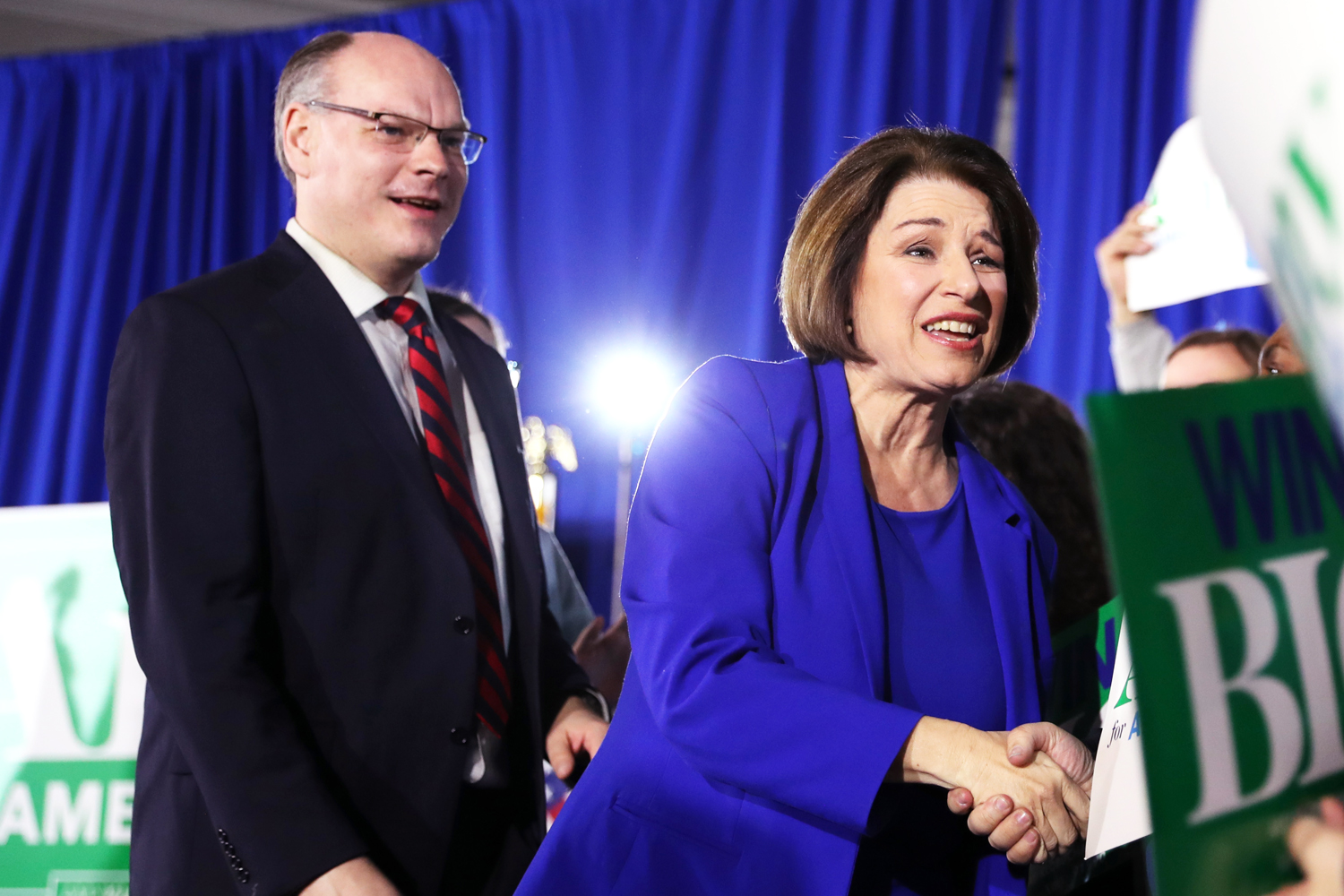 John Bessler is a private practice attorney and a professor at the University of Baltimore School of Law since 2009.

Bessler is also an adjunct professor of law at the Georgetown University Law Center and is of counsel at Berens & Miller, a law firm in Minneapolis.

The lawyer has written or edited 10 books in total, six of which were on capital punishment. 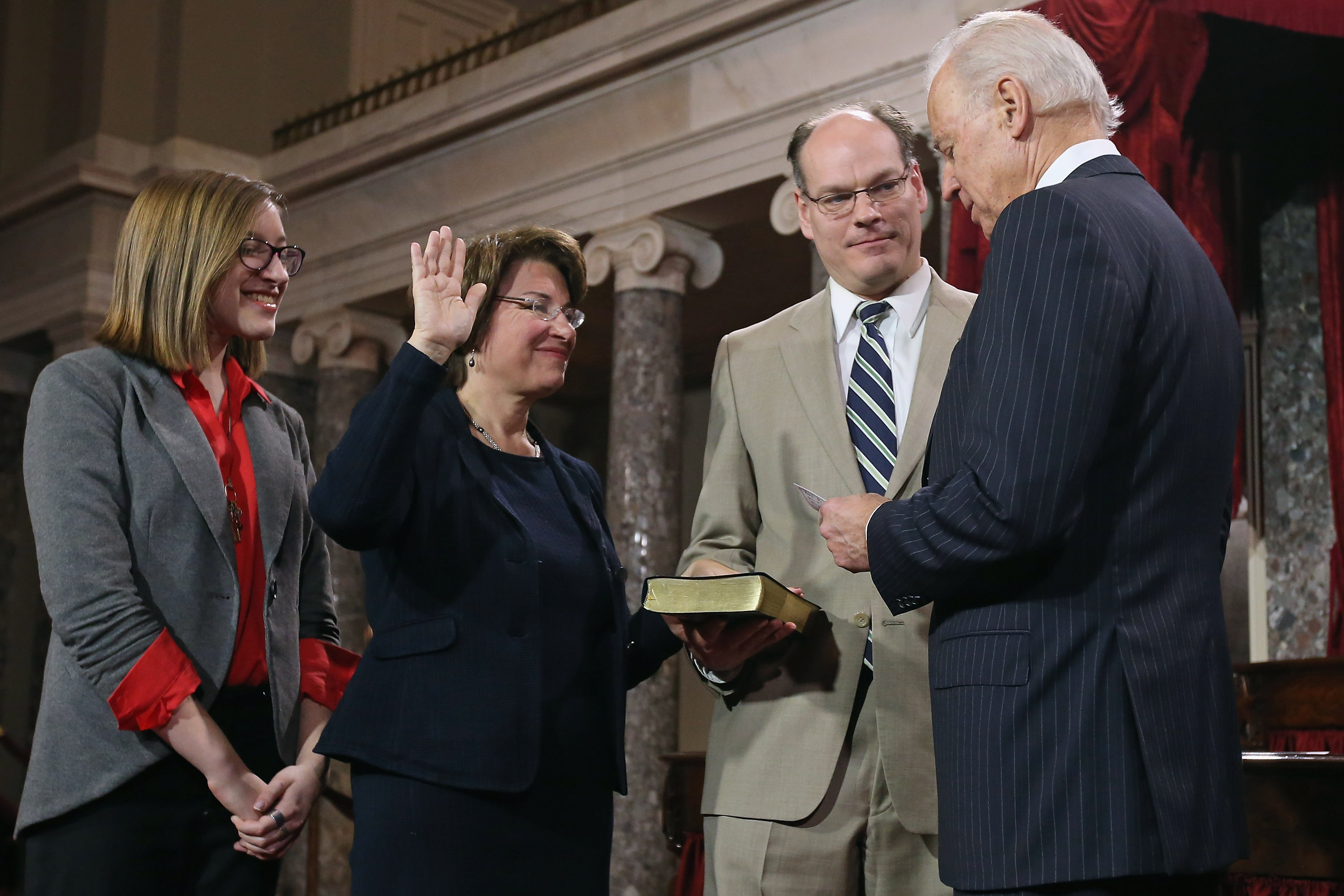 He received the 2015 Scribes Book Award for his 2014 book The Birth of American Law: An Italian Philosopher and the American Revolution.

Bessler and Klobuchar tied the knot in 1993 after meeting at the Coyote Cafe in Minneapolis.

Back in 2013, the senator honored their 20th anniversary by sharing a photo on Facebook from their wedding day, along with a caption that revealed how Bessler proposed.

"You're supposed to give china for the 20th, but I went with bookends in honor of his marriage proposal in the non-fiction aisle of the former Hungry Mind bookstore.

“Our wedding included a canoe trip for guests and a discounted cake from a bakery in the St. Paul bus depot (I said no to the plastic swans).

Adding: “Two decades later I still say no to the swans & yes to the guy."

Did John Bessler have coronavirus?

In April of 2020, Klobuchar and Bessler revealed that he had battled coronavirus at the hospital with an oxygen mask.

Bessler said he had begun to feel sick in March with persistent fevers.

He was diagnosed with pneumonia and had low oxygen, according to tests.

Klobuchar spoke to NBC’s Stephanie Gosk about Bessler’s diagnosis, saying: “It's one of the hardest, hardest things — and I can't even imagine those families where they hear the opposite news, you know — after he's there for five days and it turns for the best.

"There are people where it turns for the worse, and they're on ventilators, or they don't make it, and it's a heartbreaking thing, and it's why we have to invest in testing and do everything to make up for the mistakes that were made at the beginning, where a country was not prepared for this."

Aside from her husband’s battle with coronavirus, Klobuchar revealed on September 9, 2021, that she was diagnosed with breast cancer and had undergone treatment.

Klobuchar said that doctors found small white spots during a routine mammogram back in February, which led to her having a biopsy that diagnosed her with Stage 1A breast cancer.