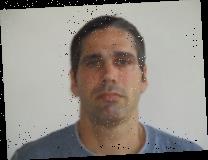 LEXUS Nichole Gray has been missing since March 24, 2021, an Amber Alert went out in Texas for the missing teen.

Authorities have said Lexus is in "extreme danger."

Who is Justin Gray?

The 40-year-old is the non-custodial father of Lexus Gray.

According to deputies, Justin is known to be dangerous and wanted.

He is reportedly a registered sex offender and has an active parole violation.

Gray is believed to be in the Mesquite/ Dallas, Texas area with a Lexus. 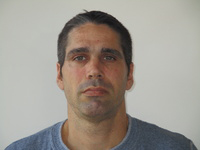 What did he allegedly do?

Just allegedly took his daughter on foot from her residence in Point, Texas after he allegedly assaulted the girl's mother, Jennifer Bean, and chased her with a knife.

Gray was reportedly convicted in 2009 of sexual assault of a 16-year-old.

He was convicted on two counts of sexual assault of a child and one count of indecency with a child by sexual contact, according to the Texas Department of Public Safety.

Anyone with information on this case should immediately call 911 or the Rains County Sheriff's Office directly at 903-473-3181.