Whoopi Goldberg does not agree with Charlize Theron’s take that Kim Kardashian has the power to “get way more off the ground” in Hollywood than acting legend Meryl Streep.

During Thursday’s episode of The View, Goldberg, 67, responded to the recent comment Theron, 47, made to The Hollywood Reporter about Kardashian’s status in Hollywood.

“I don’t think that’s true. Kim Kardashian cannot get a movie greenlit, or it would’ve happened,” Goldberg told her cohosts on The View. “She can’t do that. She can get television shows made, maybe, but that’s about it.”

Goldberg even directly addressed Theron, who told THR that Hollywood’s “market is really different today,” by asserting that Theron has “more pull in the industry than I’ve got in the industry.”

“You get stuff done faster than I can. Till took me 11 years,” Goldberg said about the Monster Oscar winner as she referenced her 2022 movie about Emmett Till. “So, there are things, there are people who can make things happen, but I don’t know all that many people other than a lot of men who can get stuff greenlit like that.”

“I’d never minimize [Kim Kardashian], but Warner Bros. is not going to say yes to a movie because she wants to do it,” the Ghost Oscar winner added during the conversation.

Theron had offered the comment comparing Kardashian, 42, and 73-year-old Streep’s pull in the industry when asked about her own notion that she no longer has “the same currency to get things made as you once did,” as THR put it. 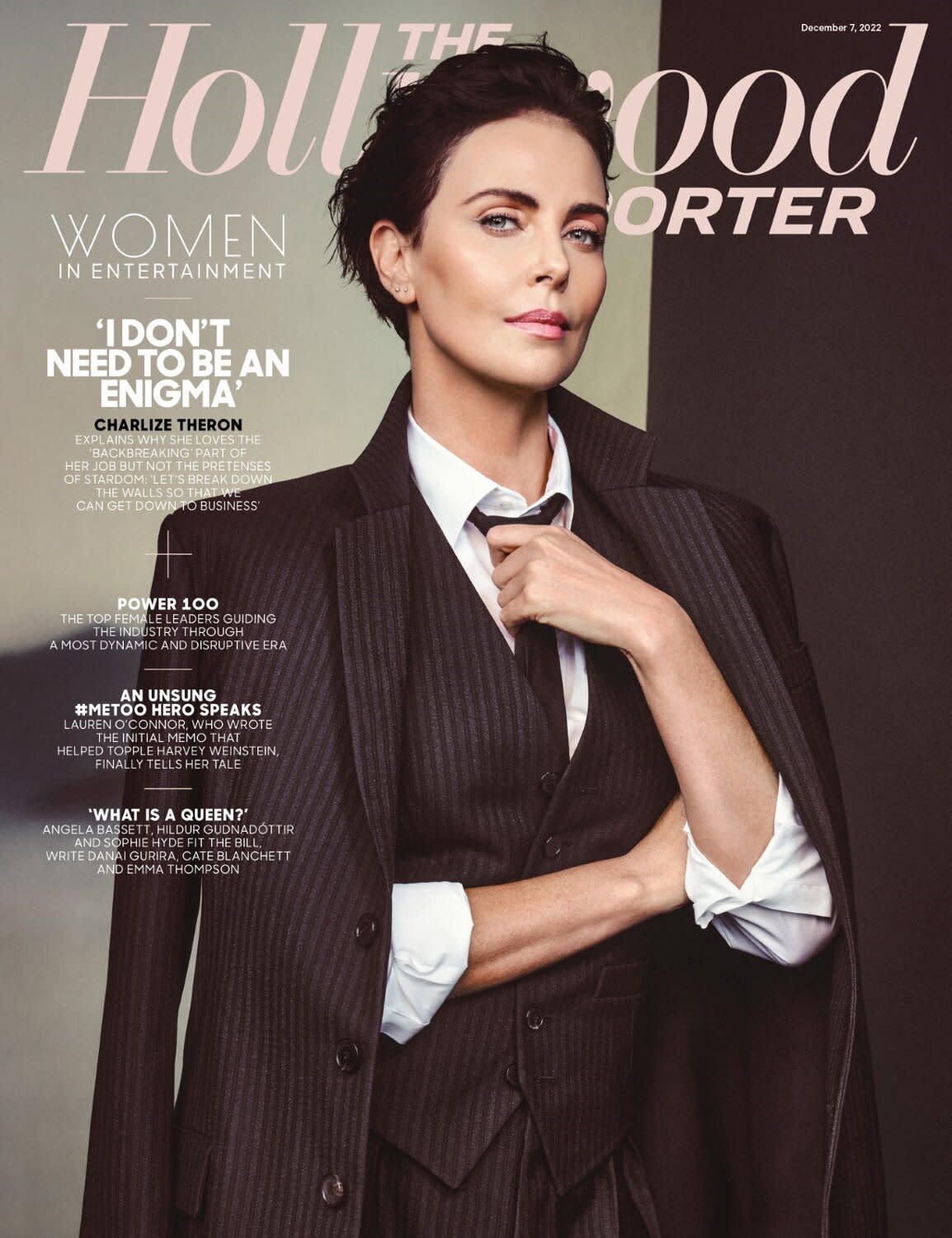 “The market is really different today, and the fame that worked 20 years ago, the fame that was cash in the bank, is different now,” Theron told the outlet. “We are living in a time of reality television, and God knows I love me some reality TV. So, the marketplace of what Kim Kardashian represents — and not in a negative way because I watch everything that she does — has way more value than what Meryl Streep, one of the greatest actresses working, does.”

Never miss a story — sign up for PEOPLE’s free daily newsletter to stay up-to-date on the best of what PEOPLE has to offer, from juicy celebrity news to compelling human interest stories.

“And that’s just the truth,” the actress added. “They have very different skills, but if you were Kim Kardashian, you’d probably get way more off the ground.”

Goldberg noted during The View‘s conversation regarding Kardashian that the reality television star’s enormous social media following “does not necessarily mean a— in seats” if she were to produce a movie. 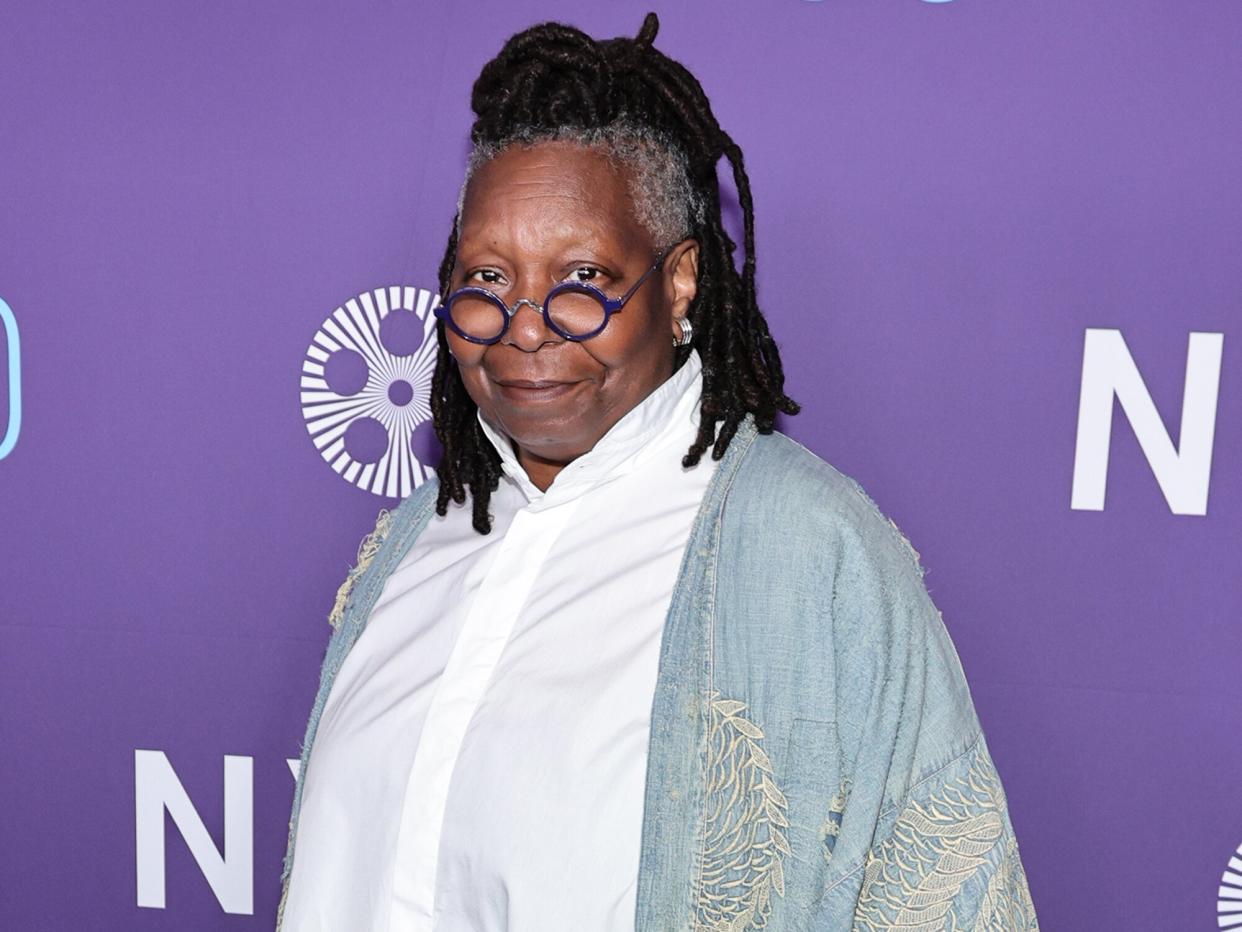 “It can mean a— in seats on couches,” Goldberg said. “Listen, everybody has their power. Meryl Streep can get a movie made.”

RELATED: Whoopi Goldberg Says Her Will Prevents Unauthorized Biopics About Her Life: Just ‘Try It’

Goldberg wrapped the conversation by asserting that “the idea that Kim Kardashian can get stuff done is real.”

“She took a crap situation and made it golden, not only golden, but she and her family said, ‘You will not speak about us that way.’ That’s not who we are,’ ” the host said.

“What it says to mothers and daughters out there is, no matter how people come at you, there’s a better way we can move forward and up,” Goldberg added. “Not backwards, and that’s her talent, that’s the magic of the Kardashians. I tip my hat to them. I mean it.”