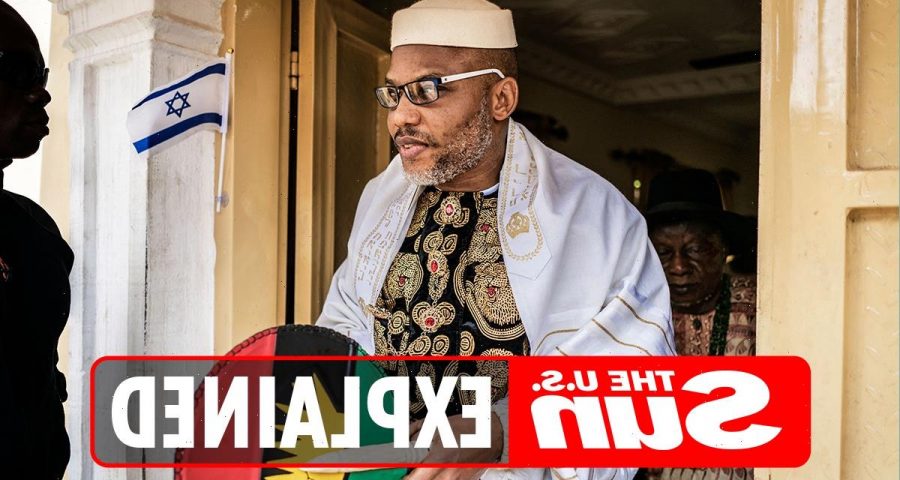 BRITISH-born activist and Biafra leader, Nnamdi Kanu, was arrested in the Nigerian capital of Abuja on June 27.

Kanu went on the run after he skipped his court date in 2017, and his whereabouts before his arrest were unknown. 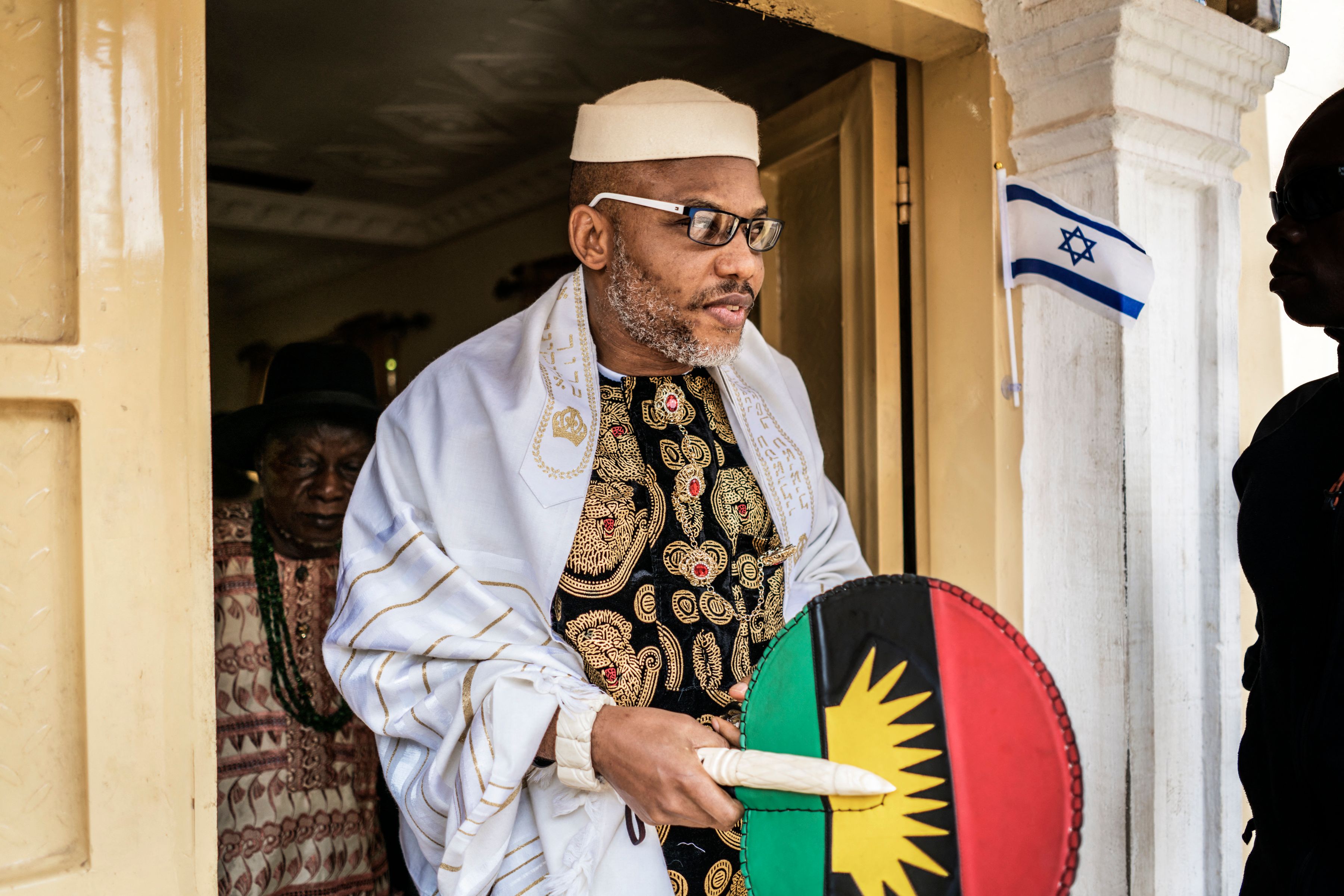 Who is Nnamdi Kanu?

Kanu leads the Indigenous People of Biafra (IPOB), which the Nigerian military has labelled a terrorist organization.

He founded the IOPB in 2014, as a way to create an independent state for the people of the old Eastern Region of Nigeria through an independence referendum.

Kanu is the director of a UK registered radio station named Radio Biafra.

In October 2015, he was arrested and hit with 11 charges, including, bordering on terrorism, treasonable felony, managing an unlawful society, publication of defamatory matter, illegal possession of firearms and improper importation of goods, among other charges.

Why was Nnamdi Kanu arrested?

After spending two years behind bars, Kanu was released on bail in April 2017 and disappeared.

Attorney General and Justice Minister Abubakar Malami told state news channel NTA that Kanu was detained on June 27 and "brought back" to Nigeria, but he did not say from where.

"He has been intercepted through the collaborative efforts of the Nigerian intelligence and security services," Malami said.

"He has been brought back to Nigeria in order to continue facing trial after disappearing while on bail regarding 11 count charge against him."

He is accused of engaging in subversive activities that include inciting violence through television, radio and online broadcasts against Nigeria and Nigerian State and institutions.

Kanu is also accused of instigating violence, especially in Southeastern Nigeria, that resulted in the loss of lives and property of civilians, military, paramilitary, police forces, and destruction of civil institutions and symbols of authorities, Malami said.

The Nigerian government has blamed Kanu's social media posts for rising violence and a spate of attacks across southeastern Nigeria.

Information Minister Lai Mohammed cited Kanu's posts as a factor in the government's decision to suspend Twitter earlier this month.

Kanu appeared in court and his case was adjourned until July 27.