A wildlife park ranger has rescued a penguin with a ring of plastic stuck around its neck during a live-streamed broadcast.

The popular sunset stream shows fans around the world thousands of penguins waddling to their homes along the beach during breeding season.

Fans are unable to attend the daily sunset parade due to coronavirus restrictions, so animal lovers tune in online each night to watch the penguins’ cute display.

But on Thursday nights edition, penguin watcher were shocked to see a bird with a ring of plastic caught around its throat. 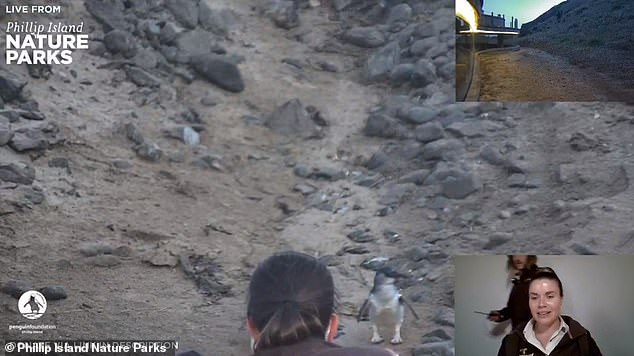 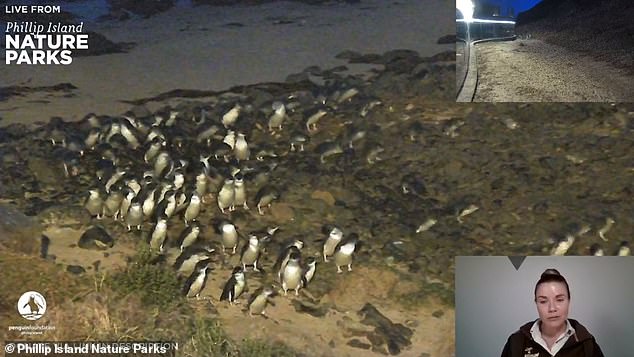 The penguin could be seen struggling to follow the parade along the beach, causing wildlife experts to rush out to save it.

‘It looks like it could be something plastic which is not good,’ Phillip Island Nature Parks ranger Meaghan said during the broadcast.

‘We certainly don’t want that for our little penguins and we do have a wildlife hospital here at the penguin parade where we will take any sick or injured penguins to help protect them and rehabilitate them and release them back in the wild.’

Jordan made her way out to the marching penguins where she managed to catch the unlucky penguin and safely remove the plastic from its neck. 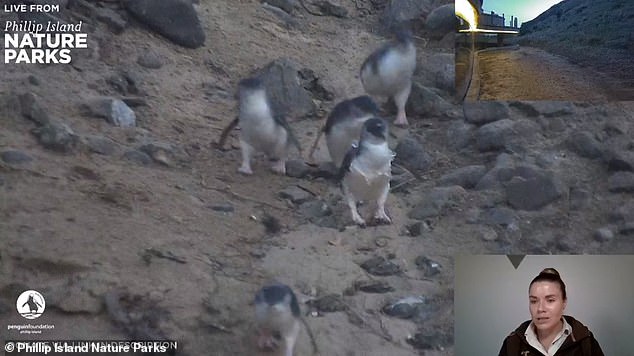 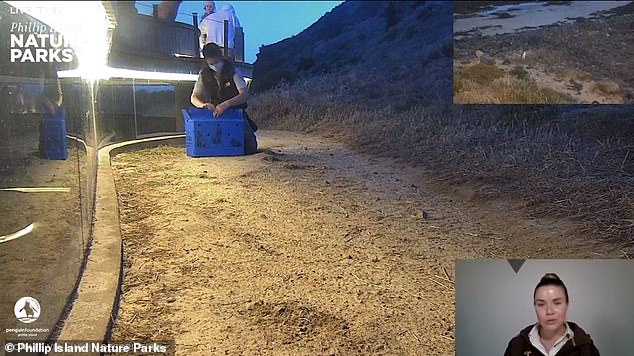 Comments on the post were stoked ranger Jordan was able to save the penguin, who was seen happily bopping along the parade after being rescued.

‘Yay Jordan you are a superstar,’ one comment reads.

‘Great work Jordan, glad the Penguin is going to be ok,’ another wrote.

‘Wonderful story with a great outcome,’ another post reads.

Meaghan said the scary incident showed why Australians must always break down their rubbish properly before throwing it away.

‘It is really important we dispose of our rubbish correctly. So that’s anything whether it be a plastic bag or mask,’ she said.

‘That looked like a hair tie — make sure you cut them up and put them in the bin.’ 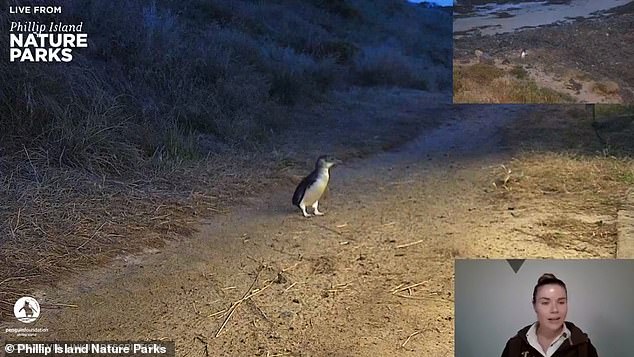 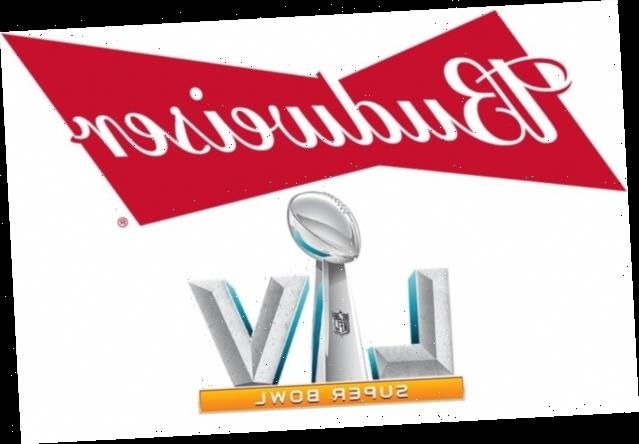 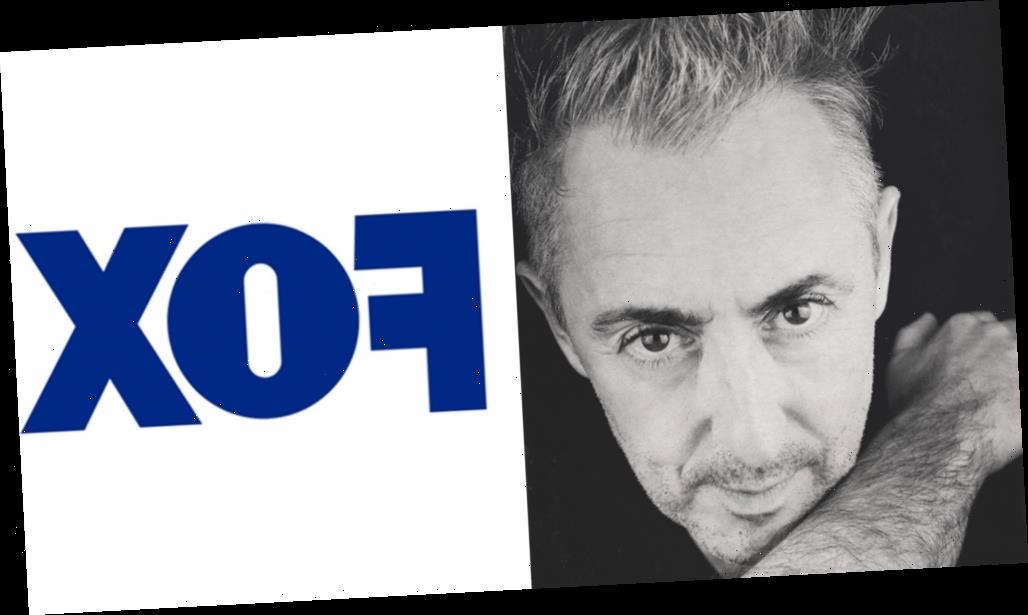