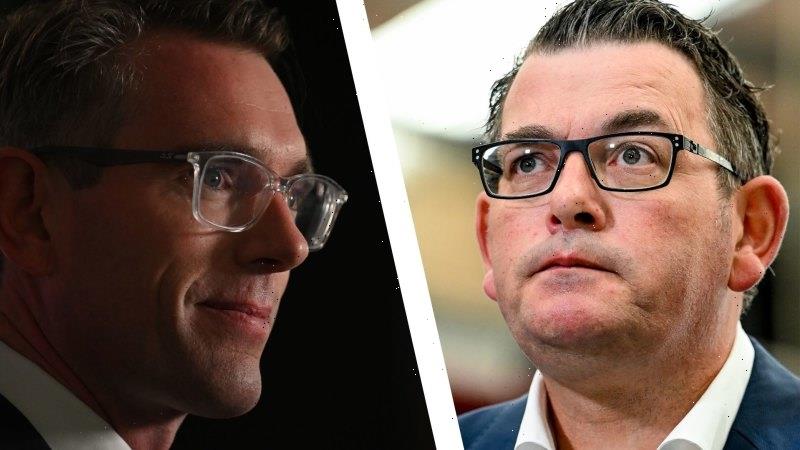 Victoria’s housing and building sector has strongly backed a radical overhaul of the state’s property tax regime that would boost housing affordability by giving homebuyers the option of paying an annual housing tax instead of an upfront stamp duty.

Calls for change in Victoria follow confirmation that NSW will include a plan in next week’s state budget to introduce an optional annual land tax for people wishing to avoid the stamp duty hit. 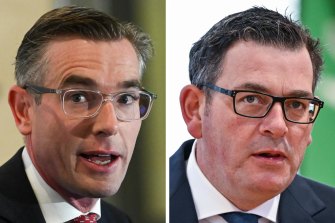 NSW Premier Dominic Perrottet (left) will switch out stamp duty in his June budget, while Victorian Premier Daniel Andrews would not confirm whether he would follow suit.Credit:Flavio Brancaleone, Joe Armao

Stamp duty has been criticised by many economists as a grossly inefficient tax. It has also been blamed for exacerbating the housing affordability crisis, discouraging people from moving or downsizing and adding a layer of unpredictability to state budgets.

Several well-placed sources have told The Age that Victoria has examined a similar proposal to that of NSW’s in detail. The sources say the state treasury was working on various housing tax reform options before the pandemic struck in 2020, but the idea was then shelved.

Economists have suggested the choice between an annual land tax or a one-off stamp duty will put competitive pressure on other states to follow NSW.

But on Monday, Premier Daniel Andrews declined to say whether Victoria would consider a similar stamp duty overhaul.

Under the NSW plan, to be announced in the June 21 state budget, the option of replacing stamp duty with an ongoing land tax will not apply to the top 20 per cent of homes by sale price to help limit the expected drop in the government’s revenue.

And although past buyers would not be affected, the move to a land tax would be permanently linked to the property. That means future owners would need to pay land tax if previous owners had opted in.

The Victorian government remains cautious about what some see as a politically risky reform five months from the November 26 election, particularly as the state wrestles with an energy crisis, soaring inflation, rising interest rates, budget challenges, and a severely stretched hospital system.

Matthew Kandelaars, chief executive of the Urban Development Institute of Victoria, said there was universal agreement that stamp duty was a “terrible, inefficient tax”, and urged the government to seriously consider a similar overhaul.

“The budget’s current reliance on stamp duty … places the eggs of Victoria’s economic bounce back in the one basket,” Kandelaars said.

“In the midst of inflationary pressures and rising interest rates, the property market is under pressure. Tax reform to reduce the burden on homebuyers and remove barriers to entry will de-risk the state’s economic recovery.”

A survey of 1000 people conducted by the institute last October found that 43 per cent of respondents with a mortgage thought the removal of stamp duty would make housing more affordable.

She said if the federal government were to back the reform push – including by agreeing to meet revenue shortfalls – it would provide a powerful incentive for other states to follow NSW.

But Hunter said any decision in Victoria would need careful consideration, with sufficient time for consultation needed to get the design right.

“Stamp duty is an incredibly inefficient tax,” she said. “It’s a barrier and a burden to many people looking to change their housing situation or get into the housing market. So it certainly is time to have the discussion about better taxes and not more of them.”

“We see stamp duty as being one of the most inefficient taxes around,” Nield said. “It affects people’s decision-making for home buying, it’s a barrier for people entering the housing market, and it actually discourages people from moving house.”

She said it also discouraged older Victorians from downsizing, which meant the housing stock was under-utilised.

Federal Treasurer Jim Chalmers told The Age last week that his government wanted to work with the states to “address the substantial challenges we all confront in the economy, and in our budgets”.

The NSW government has estimated that, once introduced, an optional annual tax would collect about 20 per cent less revenue, which equates to a projected shortfall of about $2.5 billion a year. In Victoria, the figure is thought to be close to $2 billion.