Wipeout! Incredible moment jet-ski rider rescues surfer from 50ft wave… only for it to bear down on them and swallow them up before they emerge unscathed

The dramatic moment a jet ski rider pulled off an incredible rescue of a big wave surfer at Nazaré in Portugal has been captured on video as shocked onlookers watched the drama unfold.

The drone footage shows professional surfer Lucas Chumbo being towed into a monster wave on November 20th by his teammate Ian Cosenza on a jet ski.

After an impressive ride, the Brazilian exited the wave successfully and waited for his teammate to pick him up on the jet ski. 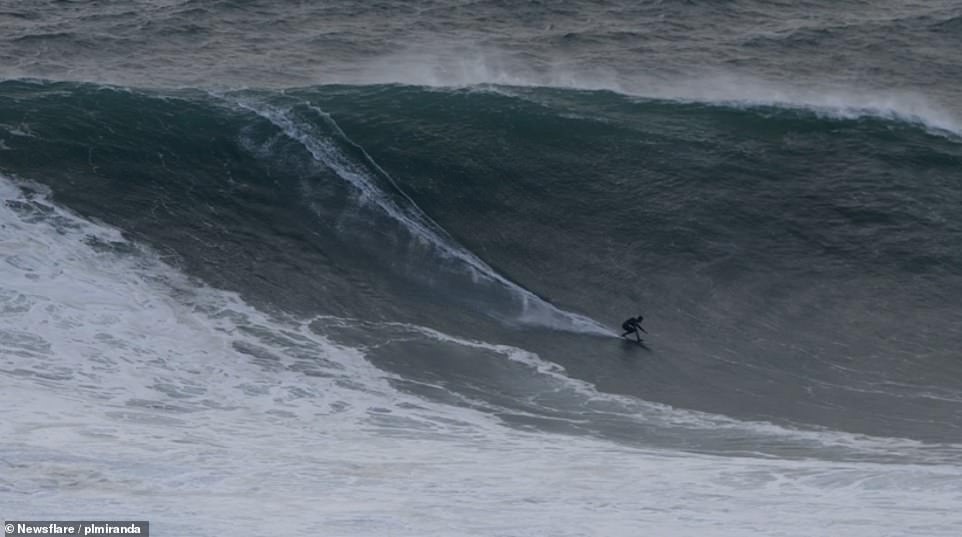 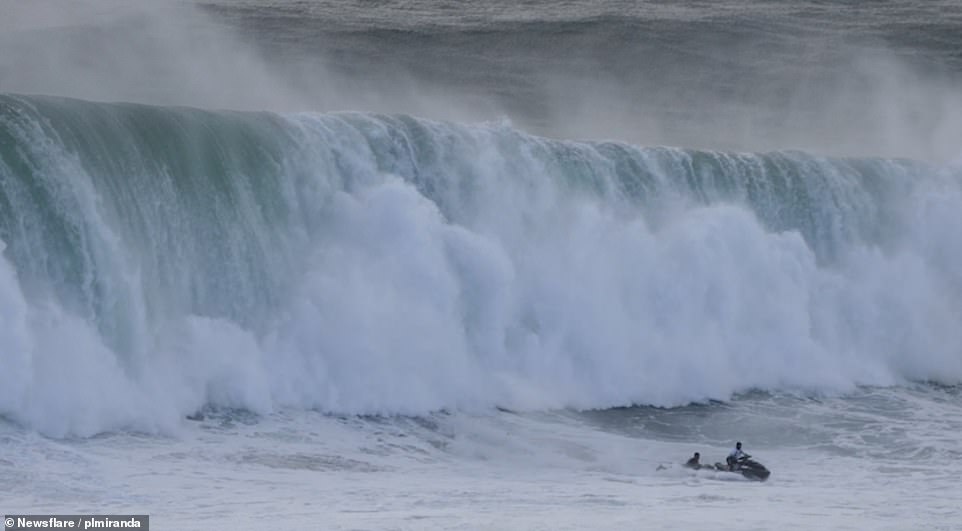 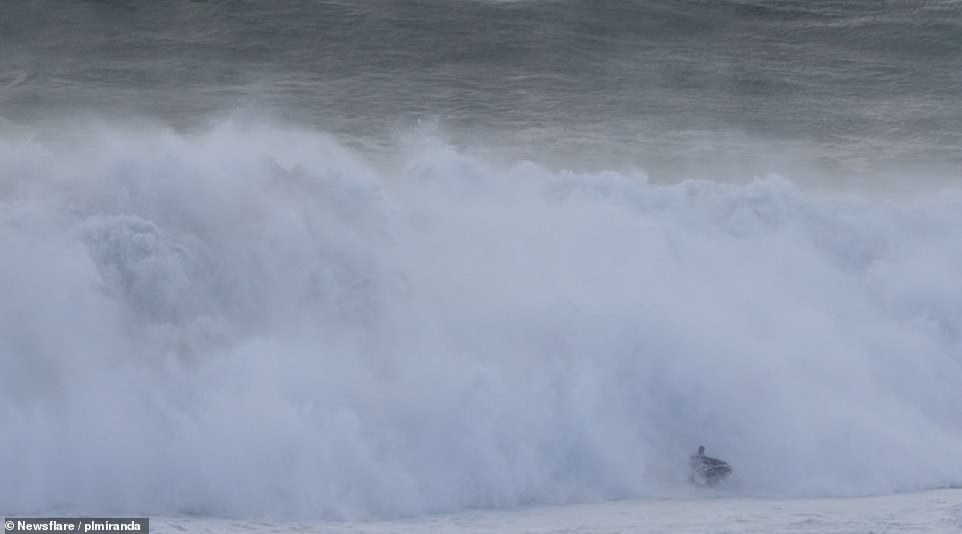 However, as Cosenza approached Chumbo, another huge wave, measuring at least 50ft, rolled towards them threatening to flatten them both in the impact zone.

Chumbo managed to grab onto the sled on the back of the jet ski and Cosenza accelerated as fast as he could towards the shore.

But the drama didn’t end there: the two are now pursued by a mass of white water travelling at 60 miles per hour which quickly caught the pair and swallowed them up. 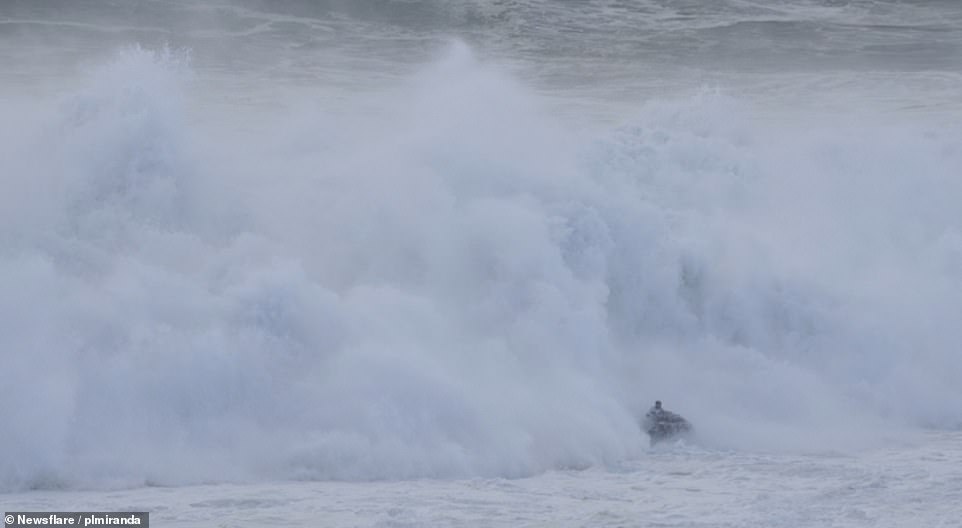 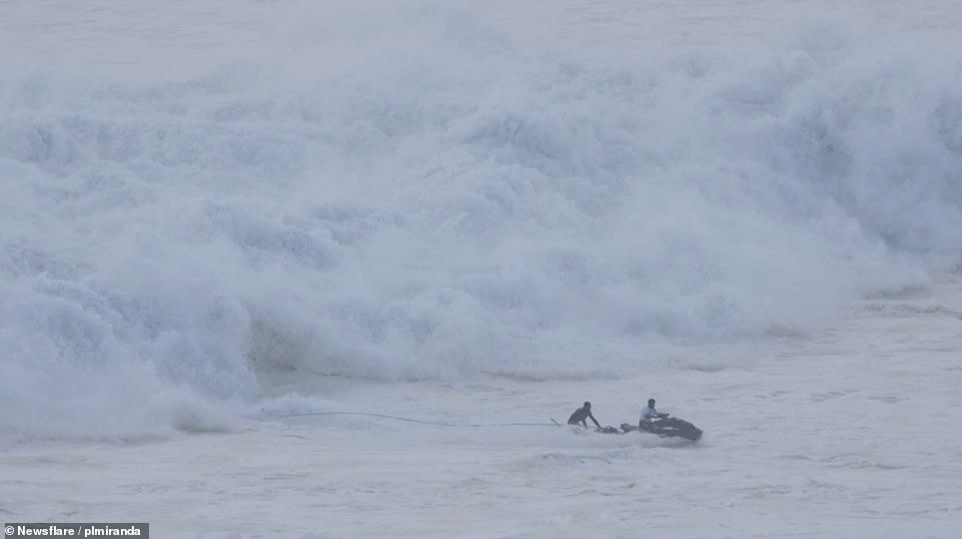 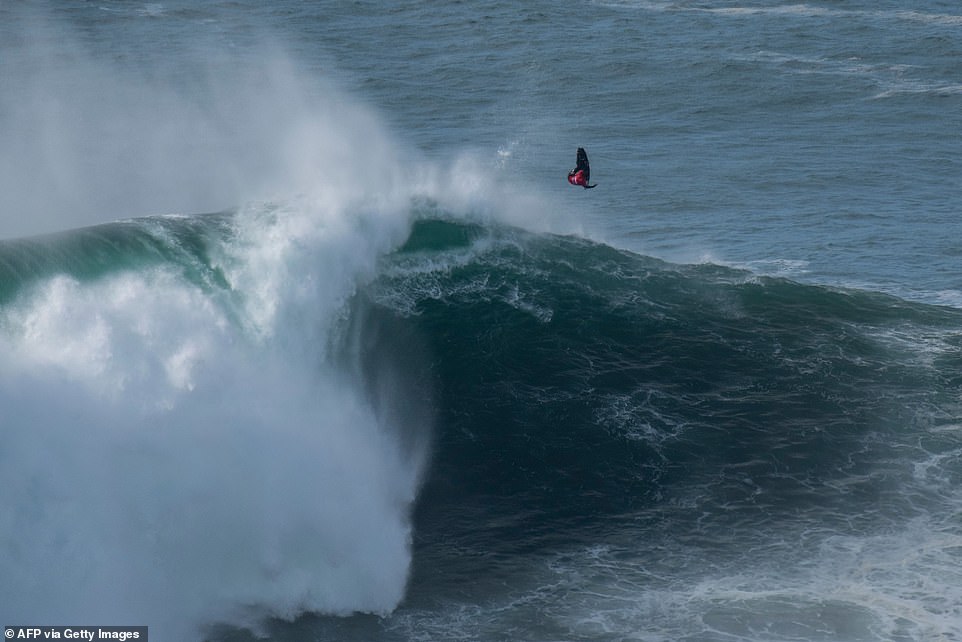 When something like this happens it generally doesn’t end well but against all odds, Cosenza managed to ride the jet ski out of the mountain of churning foam and get them both to safety.

The WSL (World Surf League) described the heroic feat as ‘one of the craziest rescues ever seen.’

Chumbo is currently one of the best big wave surfers in the world.

Praia do Norte beach, near the fishing village of Nazaré, became famous worldwide in 2011 when Hawaiian surfer Garrett McNamara set a world record for the largest wave ever surfed at 78 feet. 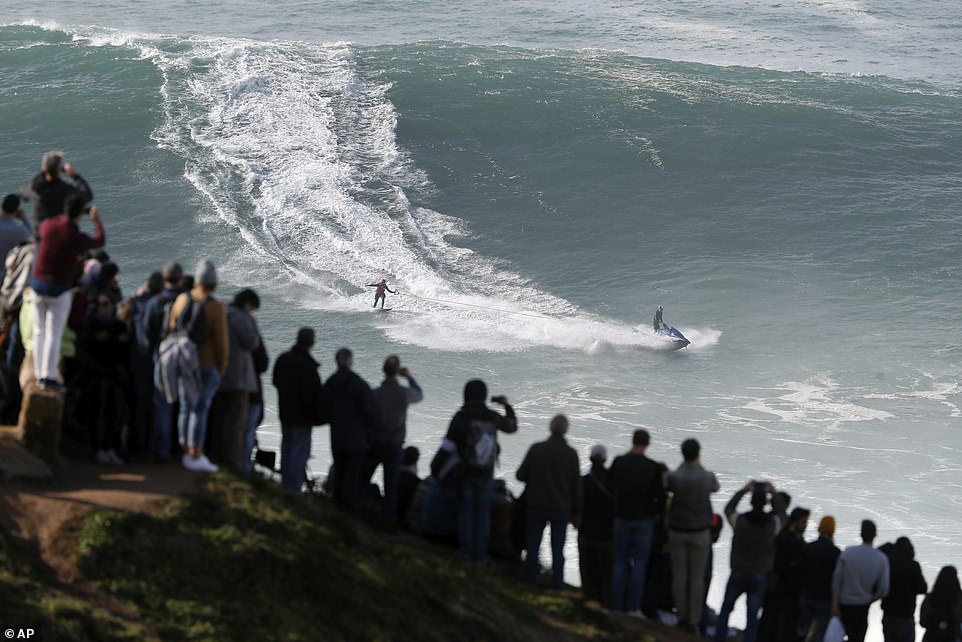