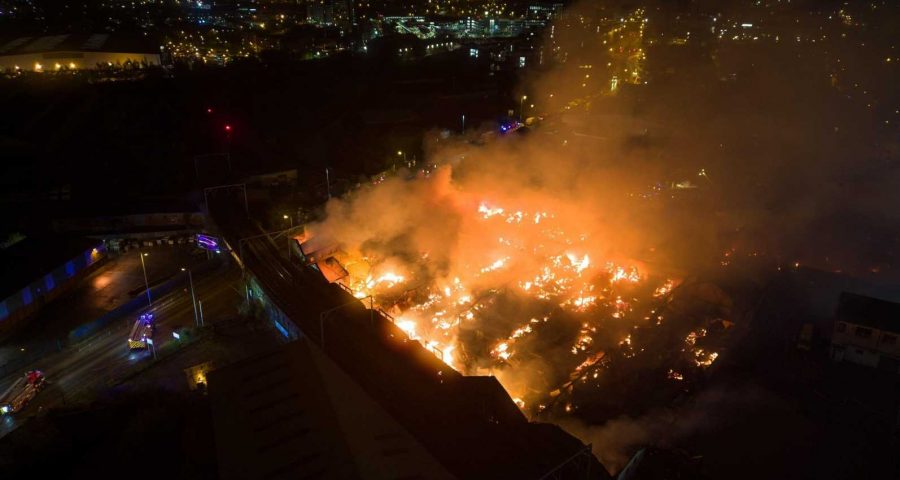 RESIDENTS have been evacuated and roads closed after a huge fire ripped through a derelict factory with 100 firefighters tackling the blaze.

Emergency services were called to the scene in Lower Horseley Fields in Wolverhampton just after 9pm yesterday. 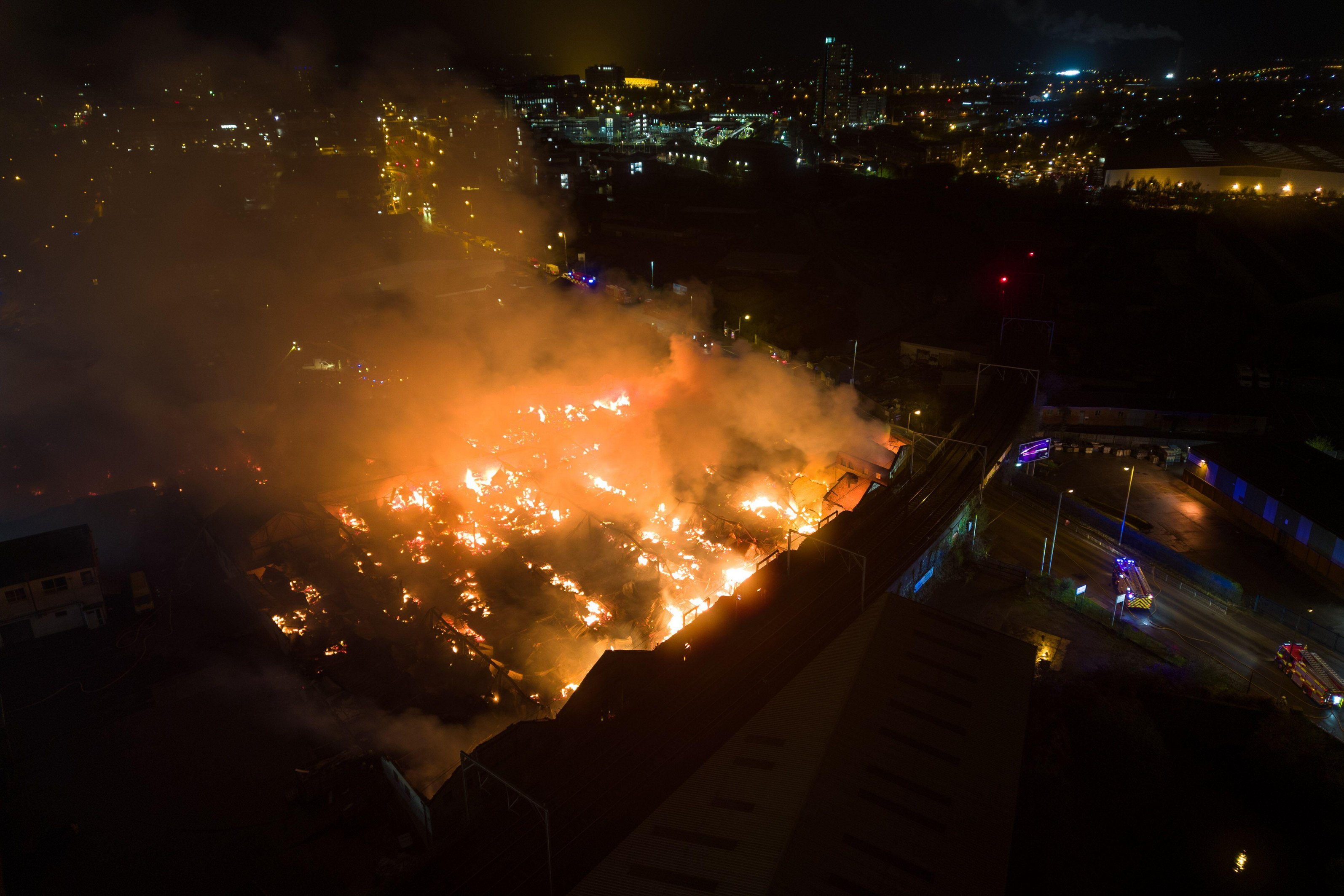 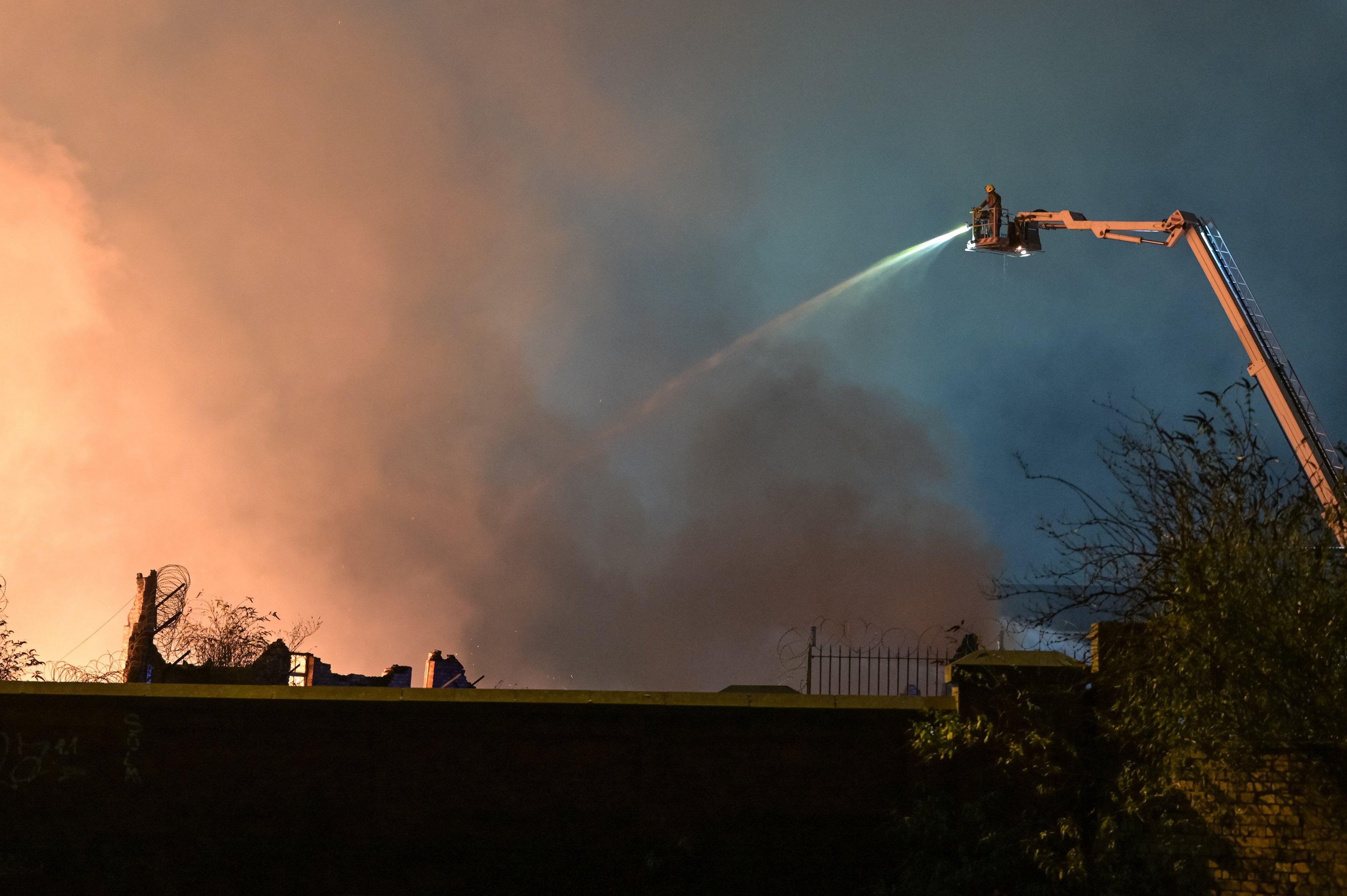 Dramatic photos and footage of the fire capture the sheer size of the blaze and it was declared a major incident around 10pm.

At its height, 28 fire engines were on the scene, with the brigade using a thermal imaging drone to identify hotspots in the blaze, which at one stage covered a fifth of a square kilometre.

The fire was so large reports say it was seen 15 miles away in Shropshire.

Eyewitness Nathan Fletcher, from Cannock, Staffordshire, said: "We were held up by the cordon on Lower Walsall Street just before 10pm last night (Monday), shortly before police started moving the cordon further back. 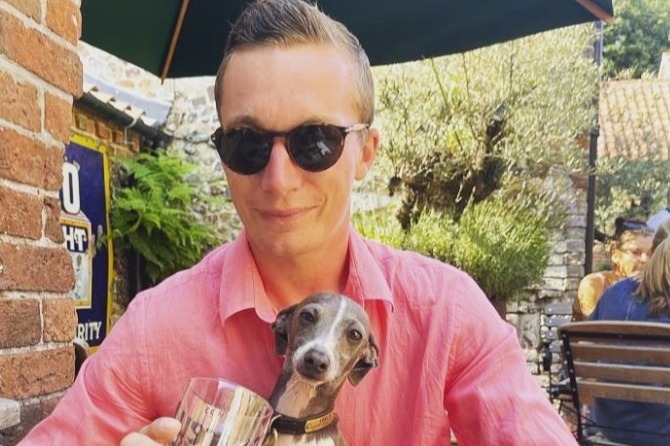 I was on TV celebrating £2.4m win but back at work in Wolverhampton the day after

"Speaking to other residents, there was a concern of possible spread to the very near BOC Gas – an industrial gases supplier.

"As this was within the first hour of the incident, floods of emergency response vehicles were arriving on scene, and a large presence of West Midlands Ambulance Service.

"The blaze was still not under control at this point, and you could hear the collapsing of material.

"There were many loud bangs, followed by plumes of smoke."

A man who lives in Barr Beacon, 11 miles away, called BBC WM to report seeing "a big fireball go up" and "large flames".

A woman from the Bradmore area of the city told the radio station: "The sky is red."

"Our response was quickly increased due to the scale of the fire, and we now have more than 20 of our appliances in attendance.

"Two hydraulic platforms are also being utilised as our crews continue to tackle the blaze.”

The fire service declared it a major incident due to the "size of the incident and its proximity to the nearby railway line and houses."

Firefighters, Wolverhampton Police and the Ambulance Service urged locals to keep their windows and doors closed.

At 11.10pm, the fire service said: "All nearby trains have been stopped, and a full evacuation of the site has taken place.

"Our crews are tackling the blaze from multiple angles, and we have more than 100 firefighters in attendance.

"Our High Volume Pumping Unit (HVP) is pumping water from a nearby canal."

"Colleagues from Network Rail are utilising their thermal imaging drone to provide us with an aerial view of the incident, to help inform operational decisions," the fire service statement continued.

Local residents started to be evacuated after midnight due to the large amount of smoke and taken to two leisure centres.

"Efforts to tackle the fire continue, as crews work to create a fire break to prevent any further spread," a statement said.

"Due to the amount of smoke, an evacuation area is being developed for local residents.

"With help from Wolverhampton Council, transport is being arranged for residents to evacuate to two nearby leisure centres."

Wolverhampton Police and West Midlands Ambulance Service also confirmed that they were supporting the fire service in their efforts to get the blaze under control.

"Road closures are in place and we need people to stay away from the area," the cops said in a statement on social media.

In an update from the West Midlands Fire Service this morning it said it still had five fire engines and a number of other appliances at the scene and it was looking to "draw the incident to a safe conclusion".

National Rail said rail users travelling through the area should expect delays of up to an hour throughout Tuesday.

Motorists have been told to avoid the area and allow extra time for their journeys. 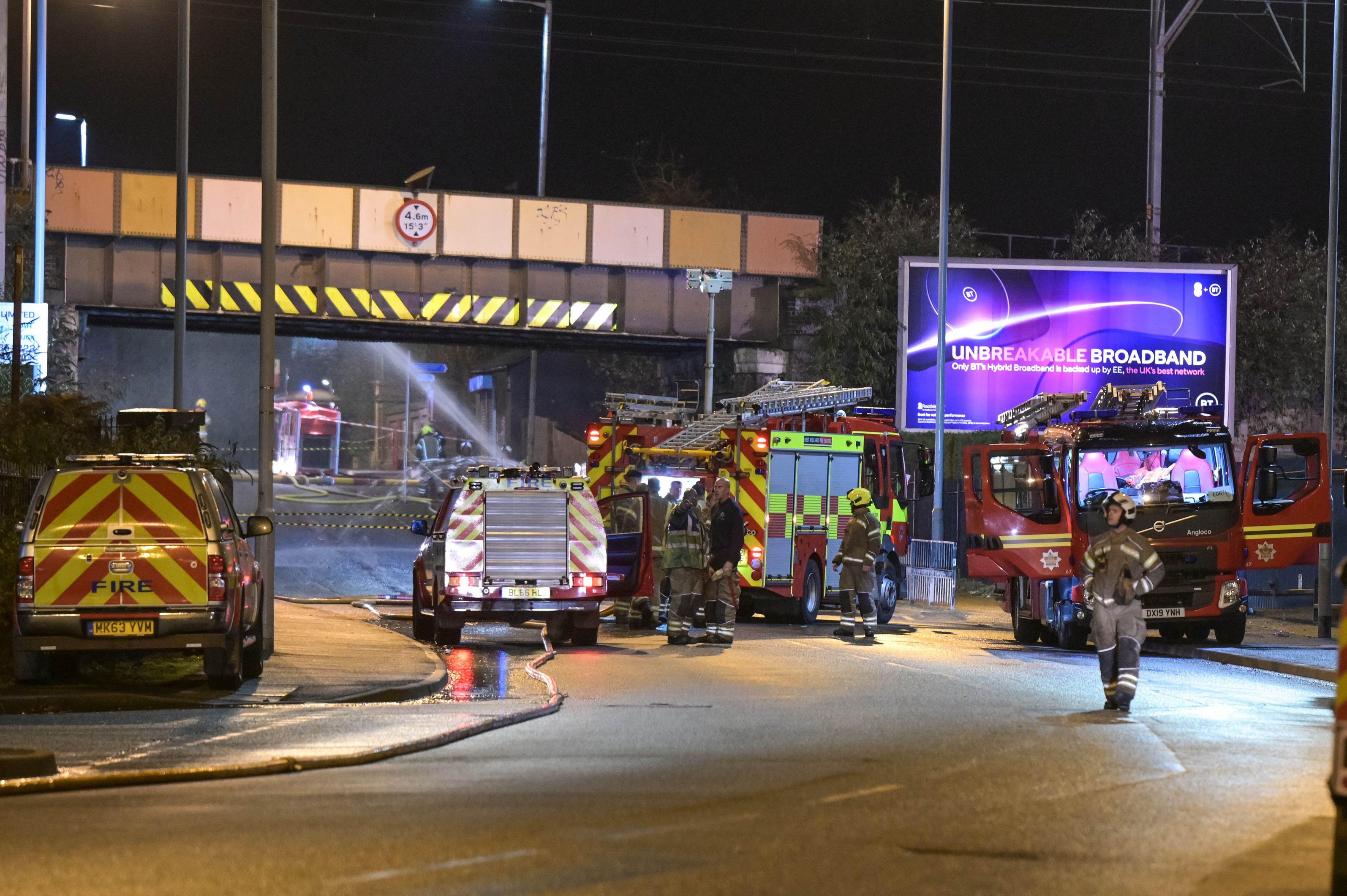 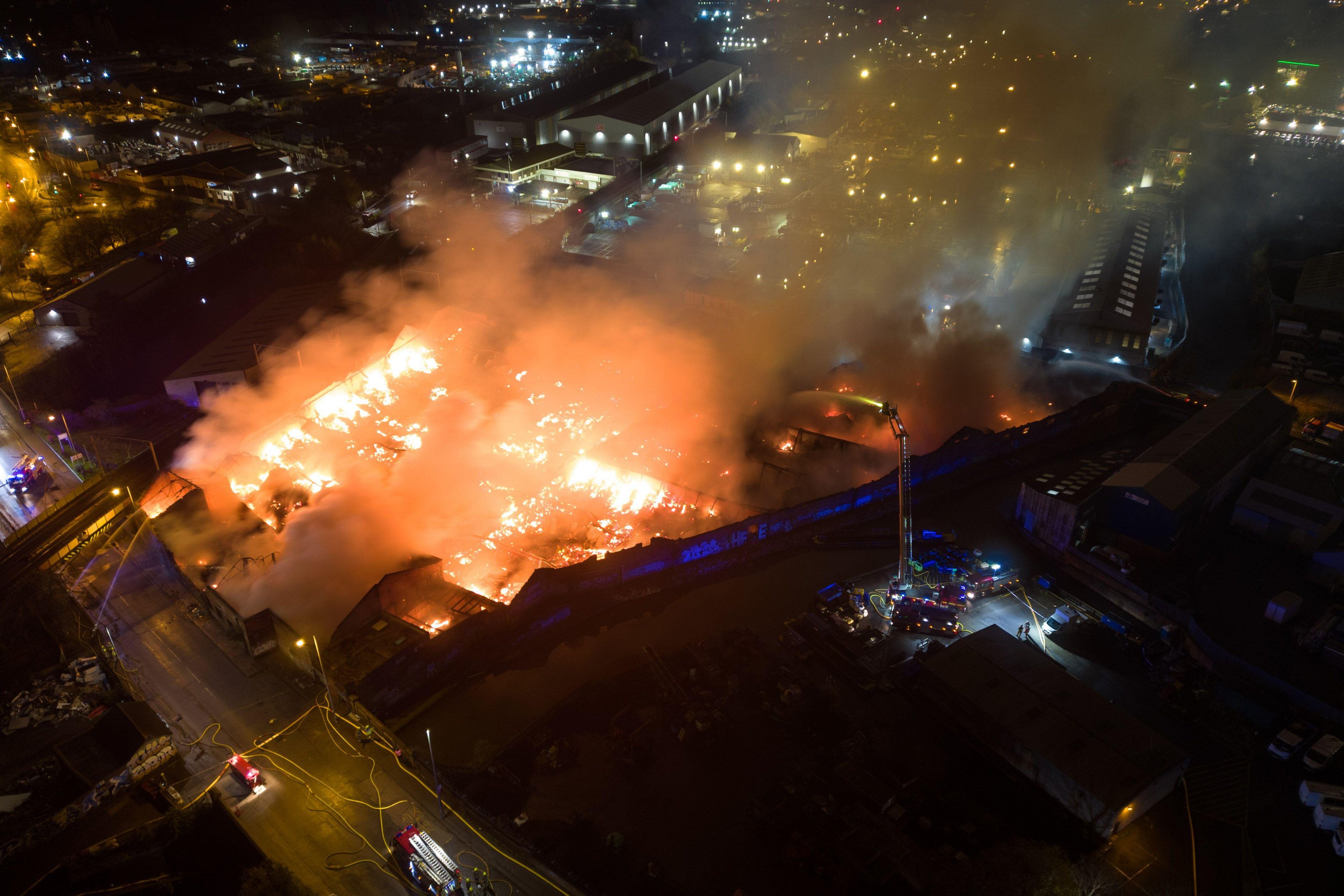