Pregnant beauty business owner, 30, caught speeding 20 times in TWO months is allowed to keep driving her Audi despite 66 points on her licence 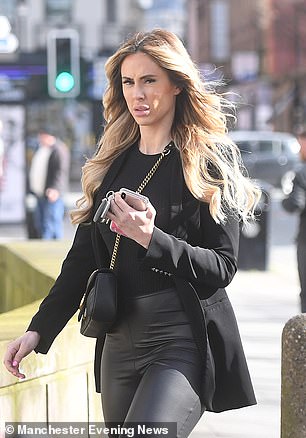 A pregnant beauty business owner who was caught speeding 20 times in two months has been allowed to keep driving her Audi despite the 66 points on her licence.

Mother-to-be Georgia Elisabeth Carney, 30, from Cheshire, was stung by speed cameras multiple times on the M62 between junctions 11 and 12 near Manchester, where the speed limit had changed from 70mph to 50mph.

In the space of two months last summer, she was caught travelling in excess of the 50mph limit 20 times – twice at 80mph.

At Manchester Magistrates’ Court, Carney – who puts on beauty courses at salons – said a driving ban would cause her exceptional hardship because she wouldn’t be able to carry all her gear on public transport.

Carney, from Widnes in Cheshire, also claimed her mother would suffer if she was banned from the road as she is the named guarantor on her rented flat – and the named contact in relation to her leased Audi.

Magistrates accepted her ‘special reasons’ argument. Carney was hit with a £2,000 fine and ordered to pay £115 court costs.

She was allowed to keep her licence, despite amassing 60 points – three per incident – for the offences. Carney already had six points.

Defending Carney, lawyer Nicky Johnson told the court many other drivers were caught speeding on the same stretch between June and August 2019. 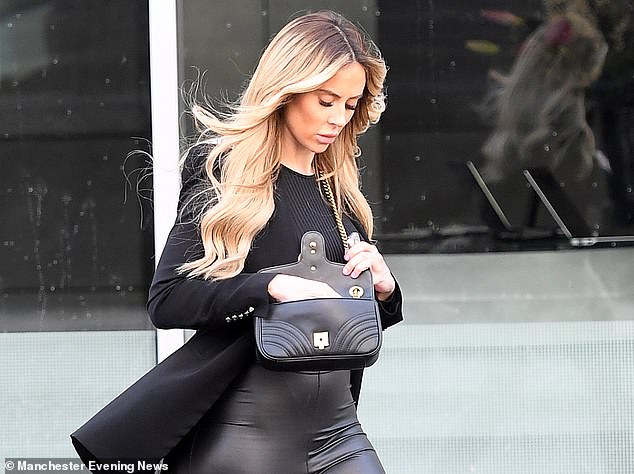 At Manchester Magistrates’ Court, Carney (pictured outside court) – who puts on beauty courses at salons – said a driving ban would cause her exceptional hardship because she wouldn’t be able to carry all her gear on public transport

‘I understand this might cause some alarm considering the large number of offences in a two month period, and this may raise concern in the face of repeat offending with no regard for the restrictions in place,’ Mrs Johnson said.

‘In the face of it, she wasn’t aware of the fact she had fully flouted the speed limit because of a delay in her receiving the summons.’

‘The reason for that is because the vehicle she was driving in all of these offences is a leased vehicle, which she has been the registered keeper for, for a period of two years.

‘All the summonses were sent to the lease company and not directed to her in the first instance. That caused a delay.

‘Regrettably, after further enquiries at Audi, they received a number of summonses and sent them back to the relevant road traffic unit, who then sent it to her mother’s address.’

The court heard the bulk of the summonses arrived at the same time. Carney was not aware any offences had been committed. 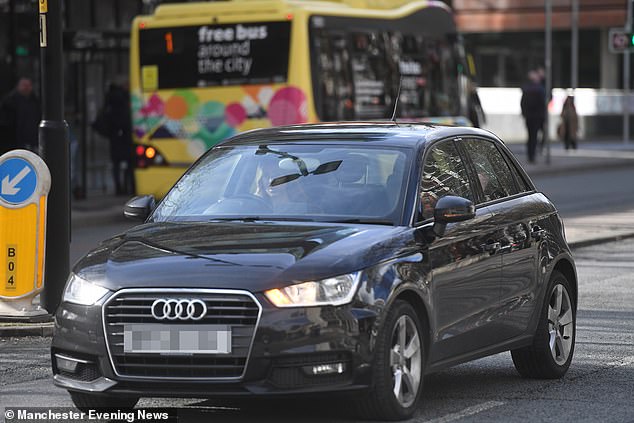 Carney, from Widnes in Cheshire, also claimed her mother would suffer if she was banned from the road as she is the named guarantor on her rented flat – and the named contact in relation to her leased Audi (pictured)

Carney was said to be ‘absolutely horrified’ when she started receiving court letters.

Mrs Johnson said: ‘Since the offences occurred, she was offered by one of the summons to take part in a road traffic speed awareness course, and she completed that in December last year.

‘She was proactive. The majority of the speeds are under 70mph, had the speed limit been in place, it would have been fine.

‘She accepts these occasions were when she was in a rush to get home from work and she apologises for that.’

The self-employed beauty and nail technician puts on training courses across Greater Manchester and Cheshire. She argued her business would be affected if she was banned from driving.

The court heard Carney also travels to clients’ houses. Carney claimed she would not be able to ‘fulfil her working obligations’ without a car. 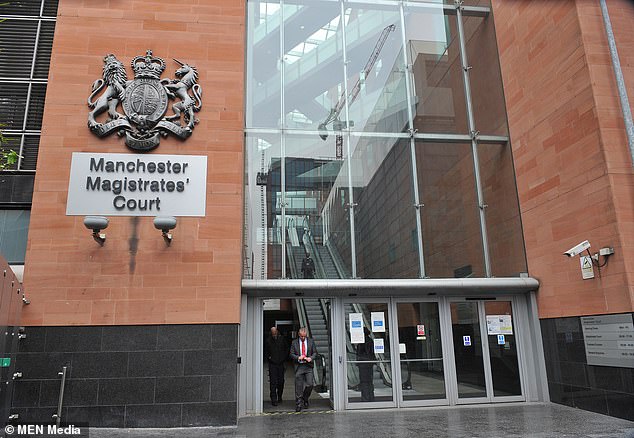 Mrs Johnson added: ‘She would not be able to rely on public transport because of the places she is working and travelling to and from.

‘It will be very difficult practically to transport the amount of equipment she has with her, which are essentially the tools of her trade.

‘She pays rent at £595 per month and her mother is a guarantor on that property.

‘If she is not able to work, she would not be able to afford the tenancy agreement and she would be held liable.

‘This would not only impact her, but her mother too.’

Carney’s Audi is leased under her mother’s name, the court heard. She would still have to pay the £200 a month until the lease expires in

September next year, her lawyer said.

Addressing the court, Carney said: ‘If I’m disqualified it would have a massive effect on my life and my mother.

‘It’s taken me about four years to build up my clients and they now come to me through social media.

‘That would be affected too.’

Sentencing her, chair of the bench Kin Cheng told her: ‘You have come to court with a record offence. In all my magistrates career, this is a record for me, honestly.

‘We have studied all the evidence presented to us, the career you have built up and the fact you rely on your own transport for all your equipment.

‘You have amassed a total of 60 points, but we still allow you to drive and find you have special reasons to do so.

‘Miss Carney, you need to slow down.’