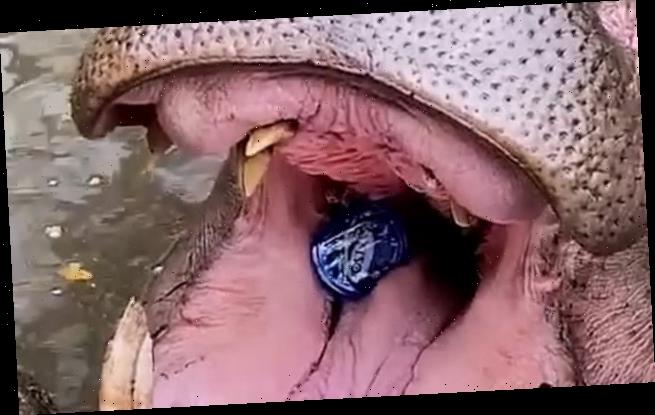 It’s not a game of Hungry Hippo: Outrage after woman caught throwing plastic bottle into animal’s mouth at a safari park in Indonesia

A tourist has sparked outrage after throwing a plastic bottle into a hippo’s mouth during a safari tour in Indonesia.

The shocking incident was recorded at Taman Safari in Bogor, West Java, on Sunday.

Cyntia Ayu, who was driving behind the offending tourists, saw the hippo happily open its jaws expecting food but was instead treated like a rubbish bin. 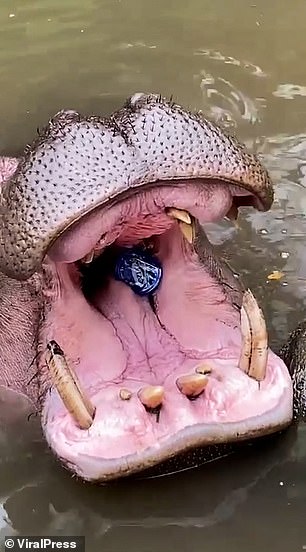 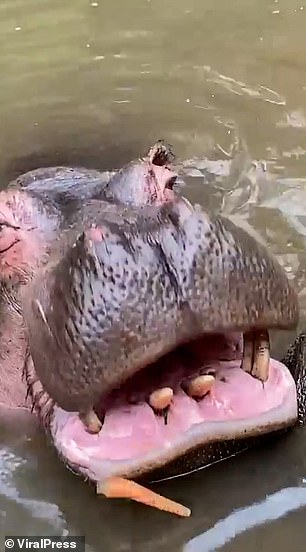 The hippo tried to chew the bottle but it instead became lodged in its throat and Cyntia, 32, immediately reported it to safari staff.

They rushed to the distressed animal where they managed to remove the plastic waste from its mouth.

Cyntia said: ‘While driving, I saw an arm pop out of a car window holding a plastic cup, waving it at the hippo to apparently make it open its mouth.’

Cyntia also saw the safari park visitor threw tissue paper along with the plastic that didn’t go into the animal’s mouth.

She told Newsflash: ”I didn’t expect something like that to happen, so that is why I wasn’t filming from the beginning. I took my phone and started recording while we were still not allowed to get out of the car. 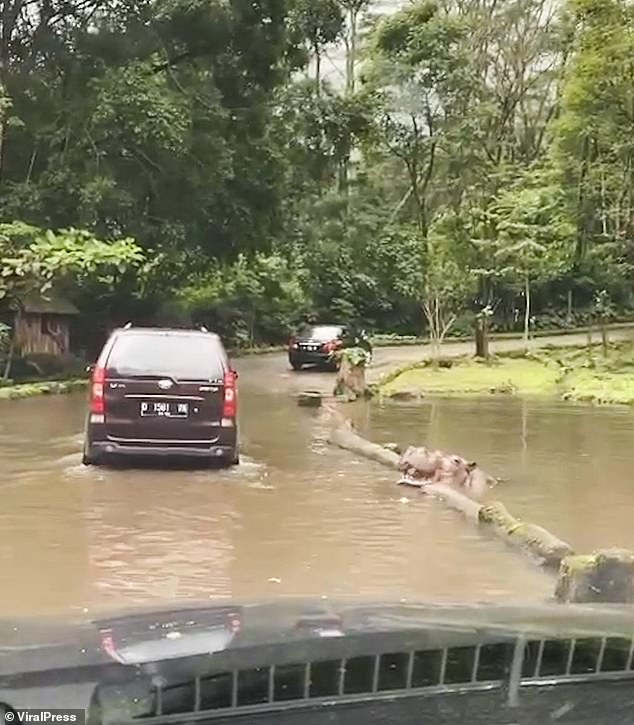 Cyntia Ayu, who was driving behind the offending tourists, saw the hippo happily open its jaws expecting food

‘I was not able to stop the woman, I tried to honk but she did not appear to have noticed me. I called the officers for help instead.

‘When we arrived at the zoo’s tiger station, I immediate told a security guard what happened. By then we had lost sight of the people in the car who threw the rubbish.

‘We were more concerned with helping the hippo than following the car.’

Cyntia said the guard handled the situation and the hippo managed to spit out the plastic from its mouth before a vet did an endoscopy in case there was something wrong.

She added: ‘The most important thing is that the animal is good now.’

Doni Herdaru from the charity Animal Defenders Indonesia said they had identified the littering tourist. 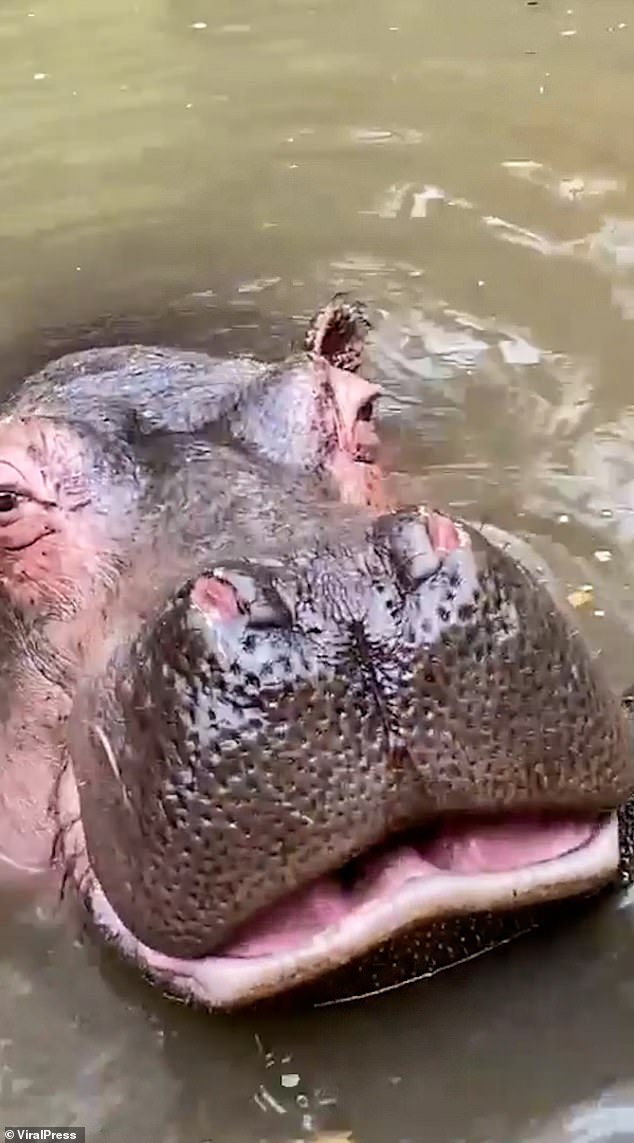 He said that after having a conversation, the middle-aged woman apologised on video while covering her face with a mask.

She said: ‘I’m going to Taman Safari to apologise for what I did, and I promise not to do it again.’

Taman Safari spokesman Yulius Suprihardo said the hippo was fine but they still filed a complaint to the police against the woman.

He said: ‘Right now the animal is fine because she vomited the litter. Had she swallowed it, the plastic cup could’ve killed the animal because plastic cups take hundreds of years to degrade.’

The police have yet to announce if there will be an investigation into the incident.