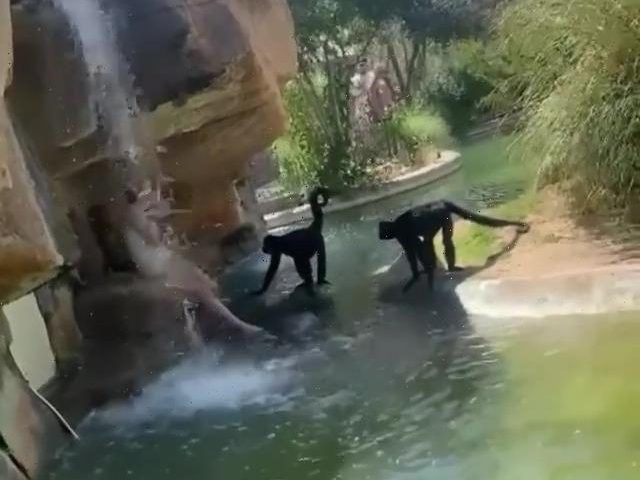 A WOMAN who jumped into an animal enclosure to feed the resident monkeys cheetos is being sued by the zoo because she could have given them Covid.

Shocking footage of the incident , which took place at El Paso Zoo, in Texas, captures the woman nervously laughing while walking backwards through a shallow pool of water as two black spider monkeys follow her. 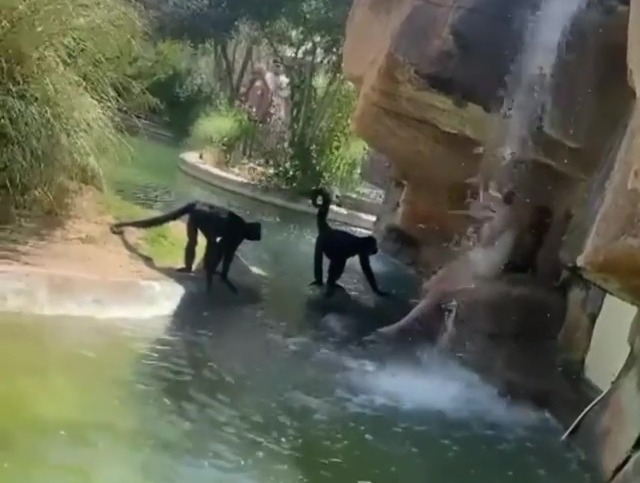 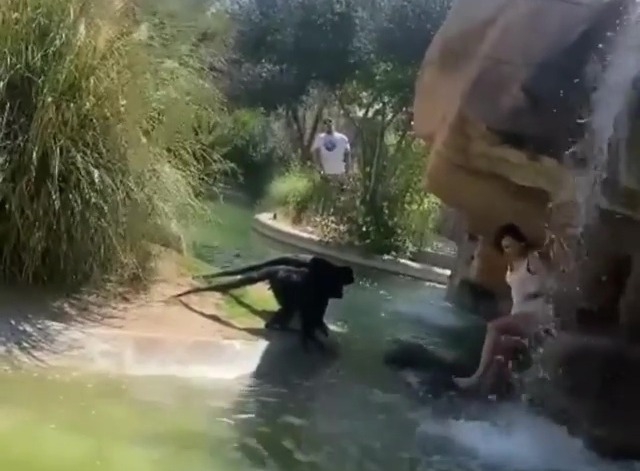 She eventually comes to a halt, to sit on a ledge under a waterfall in the enclosure.

The monkeys jump from a small island in the middle of the water, onto a rock, to get closer to their intruder.

One by one, they inch up to the woman, who feeds them cheetos from her hands. As they back away, she throws several more of the snacks  to them, before the video cuts to her wading out of the water.

According to reports from ABC 7, the director of the El Paso Zoo, Joe Montisano, said the woman who trespassed was both “stupid and lucky”.

Montisano told ABC-7 that the facility did plan on pressing charges =.

They would also be looking at installing cameras and modifying the fences to ensure this could not happen again.

Mason Kleist, a zookeeper at the facility, said: "These are primates we're talking about, they could do some substantial damage to you”.

“They may be small monkey's but they can take you to the ground if they wanted to.

The woman didn’t just put herself in harm’s way, he said, but also endangered Libby and Sunday – the two spider monkeys – by feeding them.

The monkeys had a specialised diet, he said, so feeding them food like cheers could cause stomach problems and bowel disruptions.

Invading the monkey’s home also puts a strain on the zookeepers and monkeys' relationship, zookeepers said.

“It takes years to build trust with these animals and for someone to come in there for five minutes for a video on Instagram or whatever just ruins years of work.”

“It's going to take a long time to get them back to where they were and training,” Kleist said.

Last, but definitely not least, the woman also put the monkeys at risk of catching Covid-19, zookeepers told ABC-7.

“Anything that we have they could get as well so Covid is no different,” Kleist said.

“We took the necessary steps to prevent them from getting that, so for someone to just go in there and give them food from their hands could just ruin that." 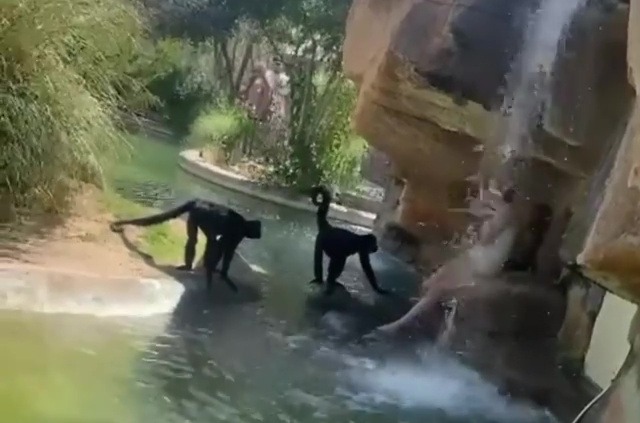 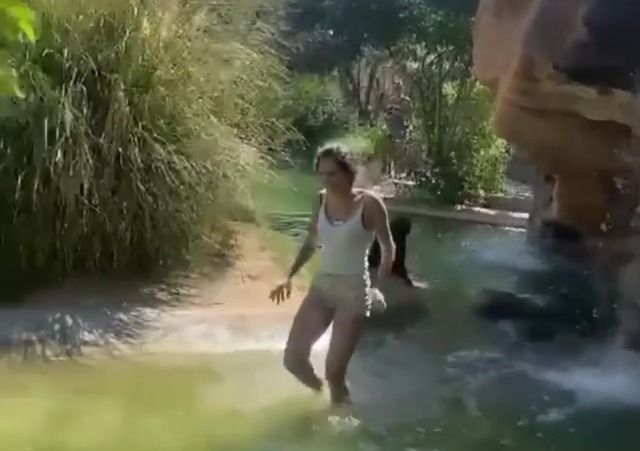