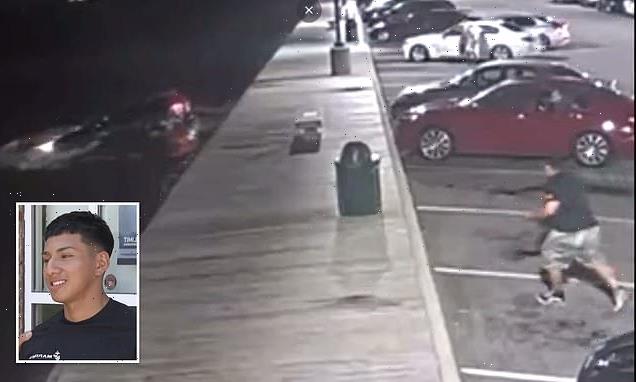 Chilling video footage shows a teenage boy rescuing a woman struggling to get out of her car after accidentally driving it into Patchogue Bay on Long Island on June 14.

Anthony Zhongor, 17, watched as 18-year-old Mia Samolinski drove her Subaru Outback into the water around 10 p.m. on Tuesday.

Samolinski was in a parking lot at the bay when she accidentally stepped on the gas pedal instead of the break, Suffolk Police reported in a press release. 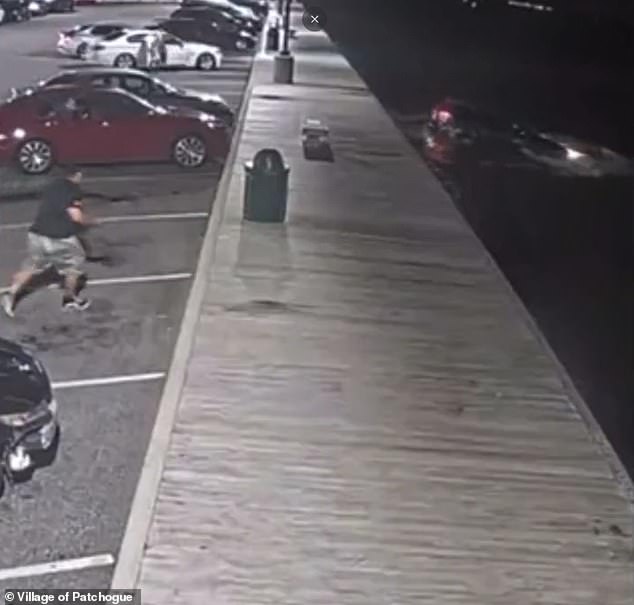 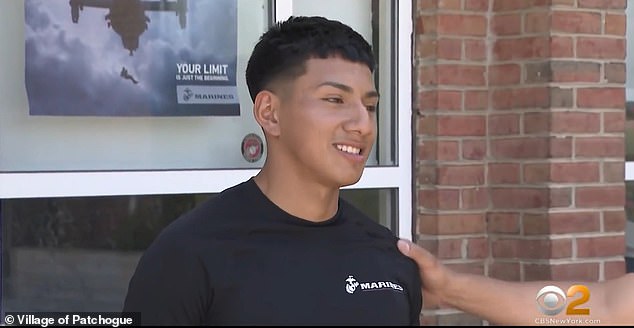 ‘I just hear this huge splash and everyone running towards the dock… she was banging on the door trying to break it… so I just jumped in,’ Zhongor told CBS New York.

Zhongor, an almost high school graduate and future U.S. Marine, didn’t hesitate to dive into the water after realizing the crowd watching the incident wasn’t going to intervene.

The video shows the Zhongor diving into the water while other bystanders stood around and watched.

The teenage hero was able to open the driver’s side of the vehicle and help Samolinski to safety. 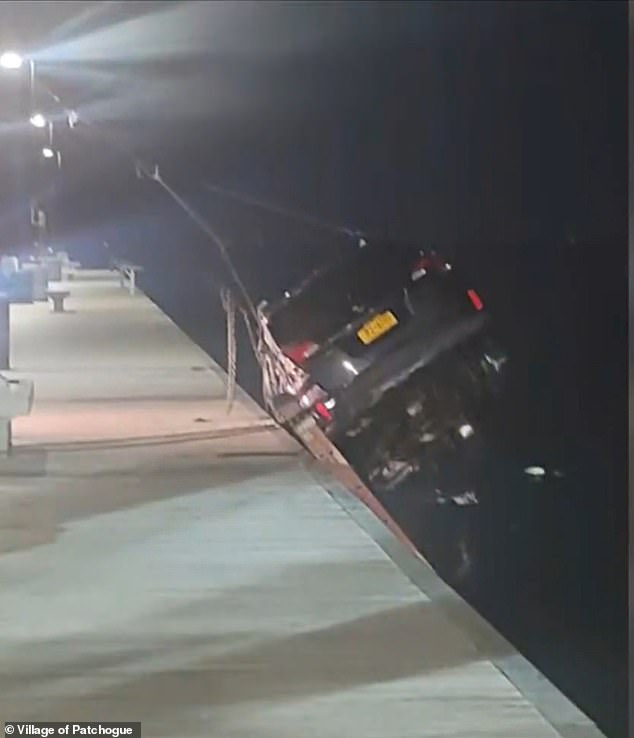 The woman’s father, Charlie Samolinski, met with Zhongor on Thursday to thank him for his heroic actions.

Meanwhile, the 18-year-old is embarrassed about the accident but plans on thanking Zhongor in person at a later date.