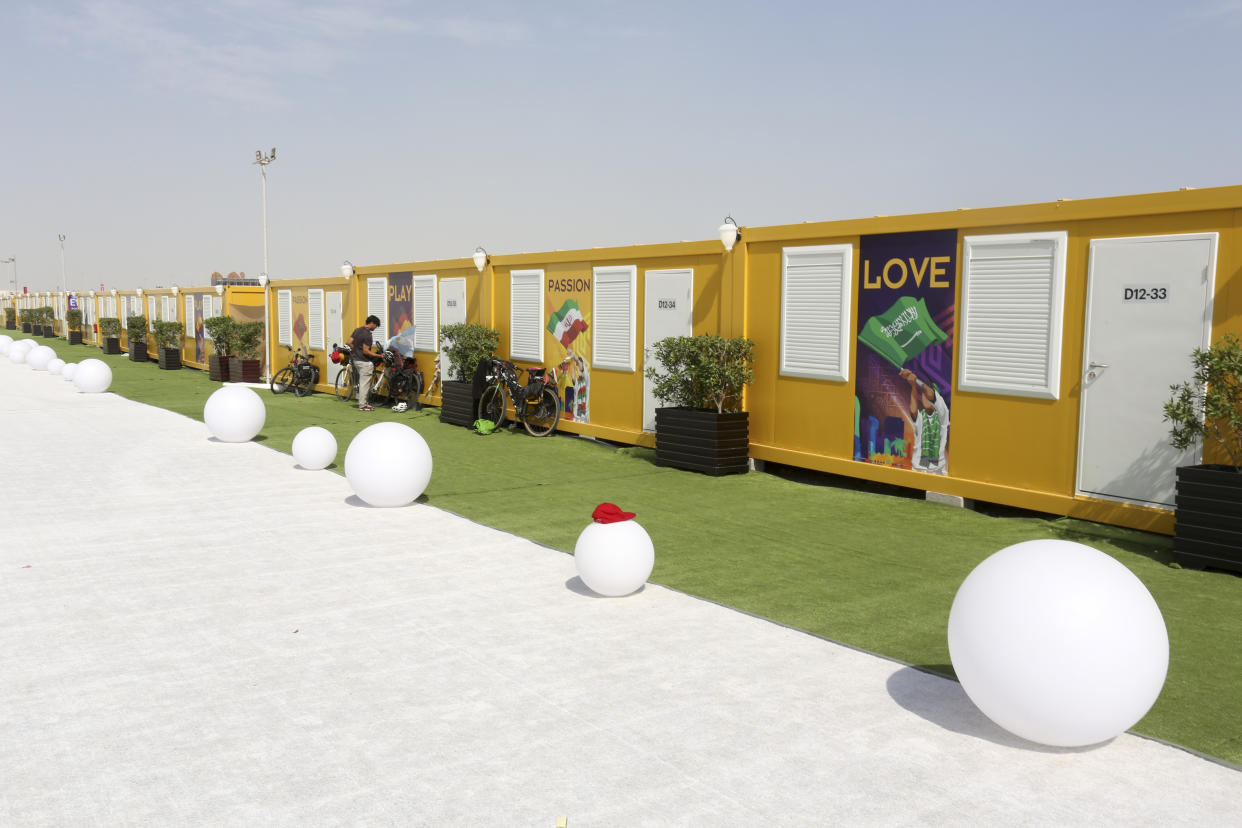 Stranded World Cup fans who hoped to stay in "fan villages" are being offered full refunds by the Supreme Committee in charge of organizing the event, according to ESPN.

Those fans were left without acceptable accommodations after "fan village" sites were left without basic amenities, like toilets and wash basins. The "fan villages" were constructed to allow World Cup fans to attend the event cheaply. For $200 a night, fans believed they would be staying in a converted shipping container furnished with basic amenities. When those fans arrived, they discovered some of the sites were unfinished and still under construction.

After outrage and complaints, the Supreme Committee, which is run by the Qatari government, issued full refunds to those fans. The Committee issued a statement to ESPN, saying the sites were managed by "private entities" and did not meet "required standards that were advertised to fans."

Before the World Cup started, pictures emerged showing what appears to be a finished — or nearly finished — "fan village."

Views of one of the World Cup fan villages in Doha, Qatar.

A stay at Al Emadi costs over $200 per night 📸 pic.twitter.com/yh6QfIpcBZ

Those images show multiple shipping containers dressed up to look like mini houses, a soccer pitch and a communal viewing area.

The decision to host the World Cup in Qatar was criticized almost immediately. The country criminalizes homosexuality, which has led to protests at the event. Some teams wore rainbow armbands in support of LGBTQ fans, but FIFA threatened those teams with sanctions if they continued wearing those armbands. The German team responded by covering their mouths in support of human rights.

It wasn’t about making a political statement – human rights are non-negotiable. That should be taken for granted, but it still isn’t the case. That’s why this message is so important to us.

Denying us the armband is the same as denying us a voice. We stand by our position. pic.twitter.com/tiQKuE4XV7

Qatar also came under fire for its treatment of migrant workers who built up the area in preparation for the World Cup. It's unclear how many workers died so Qatar could host the event.

FIFA president Gianni Infantino attempted to address some of those issues during a news conference critics called "crass" and "infuriating."