WHEN an alligator crunches down on flesh and bone with its deadly jaws, it does not give up its lunch without a fight.

Here we look at some of the worst gator attacks, which have left their victims with horrible injures. 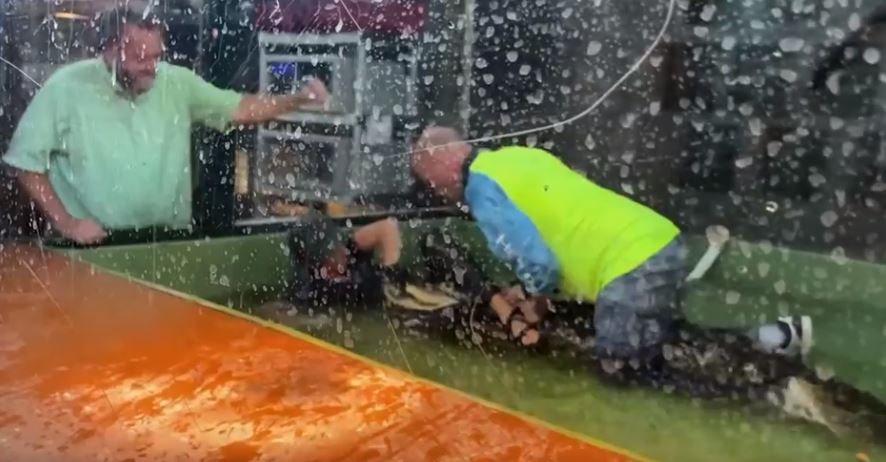 An alligator handler in Utah was left with gruesome injuries to her hand last week after she was dragged by a reptile named Darth Gator into its enclosure and pulled into a death roll.

Lindsay Bull was attacked during a child's birthday party at Scales & Tails in Salt Lake City.

Footage of the attack shows Bull being yanked into the reptile's enclosure.

The beast then thrashed her around in a death roll before a fast-acting visitor jumped on it's back and wrestled it off her.

She suffered damaged tendons and multiple fractures, as well as a broken thumb and wrist, but she's in good spirits and on the mend.

But she said that she bears no ill will towards the alligator. It's not clear if she plans on returning to work.

An off-duty scientist decided to lend a helping hand in 2012 when an alligator was spotted along Highway 70 in North Carolina.

But Fred Boyce bit off more than he could chew; as he approached the beast, the alligator viciously attacked him, nearly ripping off his arm.

Footage showed him wrangling with the thrashing gator.

He was rushed to the hospital to be treated and officials from the North Carolina Wildlife Resources Commission for severe arm injuries. 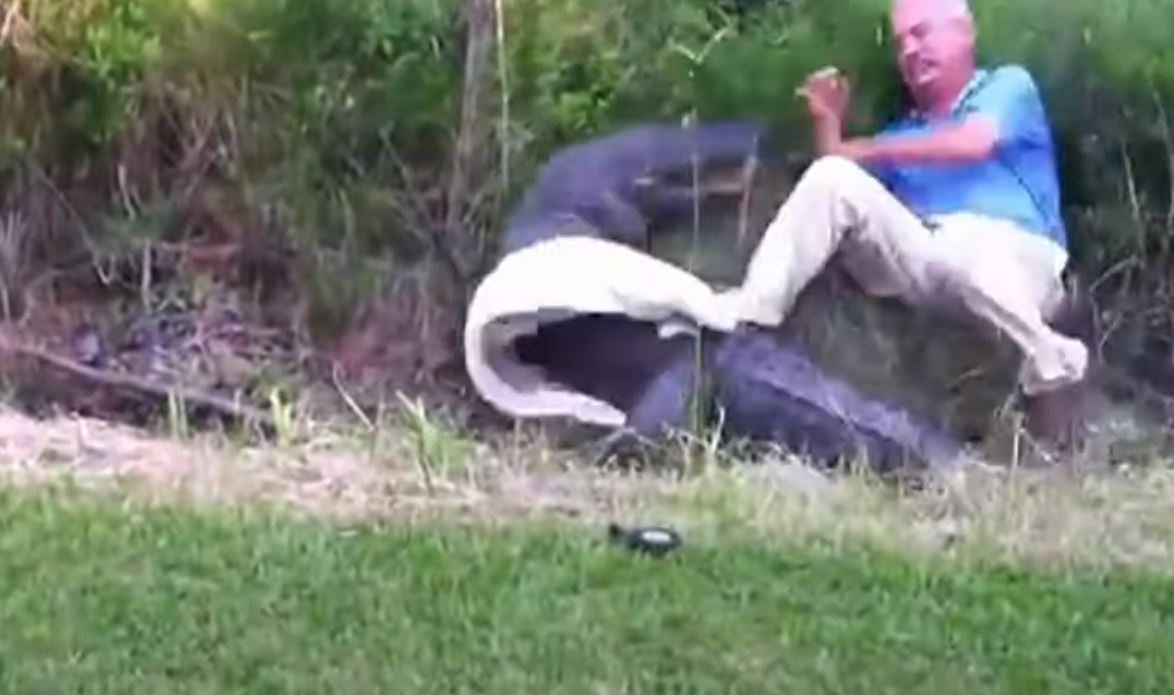 Florida teenager Kaleb Langdale, 17, came face-to-snout with a 10-foot alligator in 2012 and made a split-second choice that likely saved his life, but cost him his arm.

Having watched TV shows on survival skills, he knew that the 10 ft alligator, which had got him by the arm, was performing the dreaded death roll.

This is a manoeuvre to tear its prey to pieces.

So he decided to break free even if this meant ripping his arm off.

“I still couldn’t break free because I was still attached to the tendon.

"Then the gator did another death roll and I kicked my way out of it."

He has now had a prosthetic arm fitted. 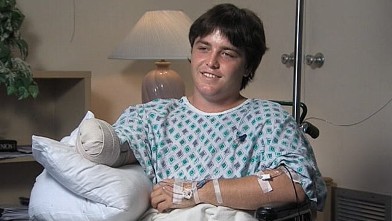 Fredric Iman, 68, was attacked by a nine-foot alligator when he was taking his usual, morning bath in a pond in Port Charlotte, Florida, in 2007.

It then reportedly bit off his testicle, finger and toes.

Speaking of his horrific ordeal from his hospital bed, he told ABC affiliate WZVN:  "I tried to get it away, and it tried to pull me in.

"I turned around, and…punched it in the eye."

He added: “You’re having a nice day one minute, and the next minute, you’re a bloody mess."

After being bitten several times on his left foot and leg, left hand, and groin, Iman managed to escape the gator’s jaws and trek up to a nearby surgery centre, where a worker called police.

"It ate his toes off," the employee said, while speaking to a 911 operator. 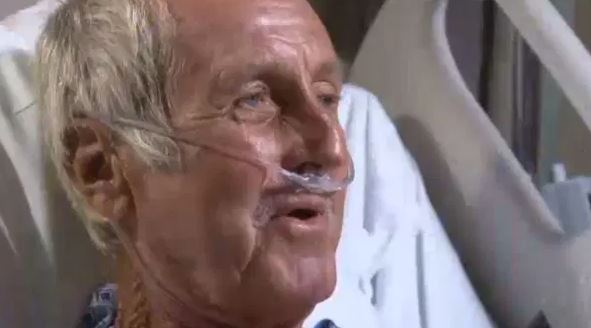 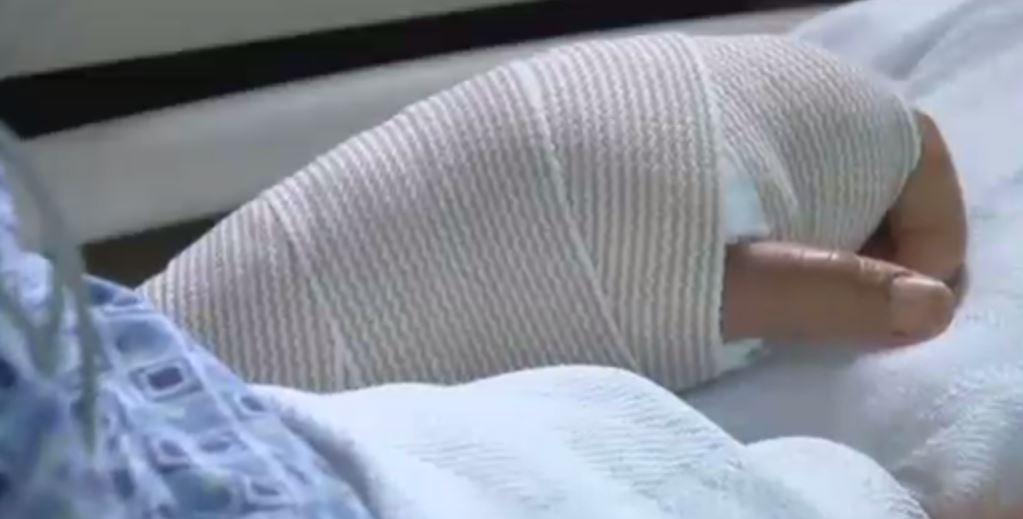 A diver had a lucky escape in June after an alligator bit down on his head while he was searching a river for shark teeth, leaving him with horrific injuries that required 34 staples.

Jeffrey Heim, 25, said he had “no time to defend himself” when suddenly confronted by the animal that attacked him so fiercely he believed he had been struck by a fast-moving boat.

Jeffrey said the alligator bit down twice on his head leaving him with a fractured skull but he used his hand to protect much of his face.

He was wearing only diving gear as he searched for megalodon teeth in the Myakka River in Florida before being attacked from behind by the female, nine-foot-long alligator, WFLA reports.

He told Fox 35 that he’d only been in the water for a minute when he was attacked.

He said: “I came up and I just get blasted by what felt like a propeller, like a boat going 50mph. It pulled me down with my mask off.

“You never understand the power of a wild animal like that until you’re in its mouth.” 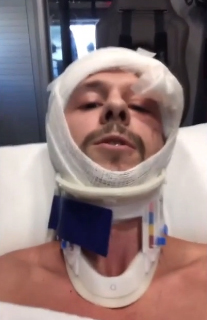 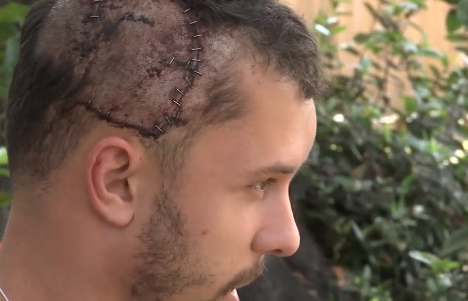 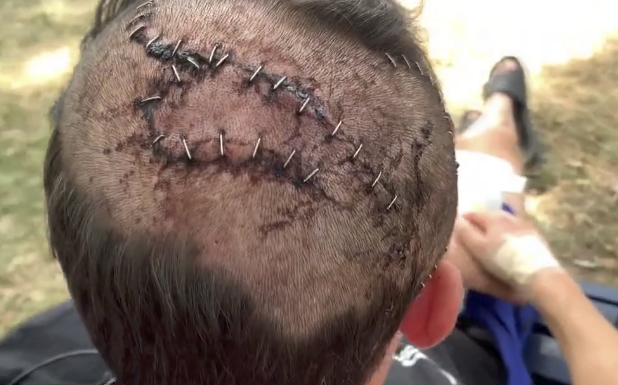 A teenage boy miraculously survived an alligator attack in 2013, despite having his head bitten by the reptile.

Andrew Hudson, 17, escaped with 19 stitches and staples in his head after the terrifying encounter in Geneva, Florida.

He was pulled under the water as the gator began what’s known as a 'death roll', but managed to break free and swim to safety.

With blood pouring from a wound that stretched from his forehead to the back of his head, Hudson managed to clamber out of the water.

He wrapped his shorts around his head to stem the bleeding while a friend, Mark O Shea, ran close to a mile until he found a park ranger who called paramedics.

The teen said the alligator, which was between nine and 10 feet long, suddenly attacked as he swam in the Econ River at the Little Big Econ State Park near Geneva. 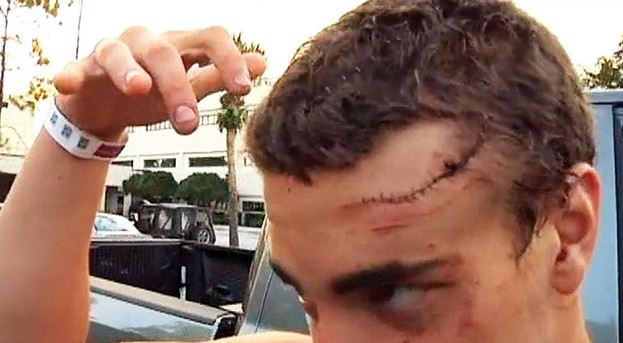