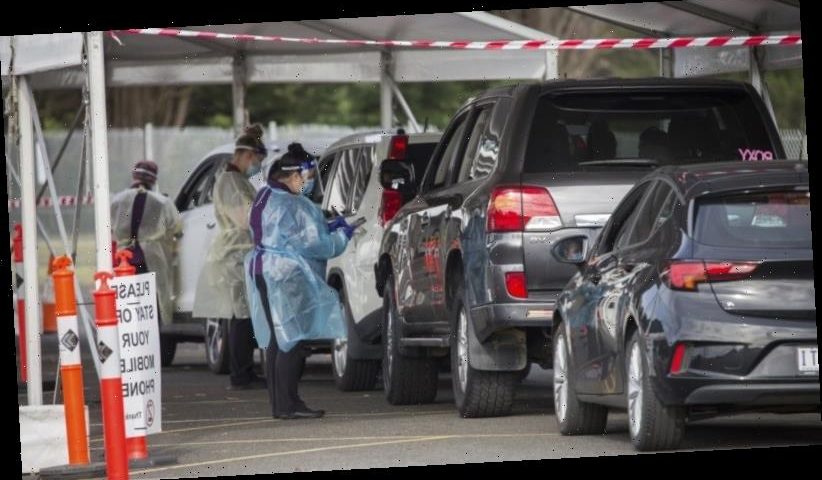 Here we go again. Victoria had just reached 28 days without community coronavirus transmission, but on the back of one positive case finds itself desperately trying to limit another outbreak. With the possibility that a tennis hotel quarantine worker is infected with the highly infectious UK super-strain, there is little room for mistakes or lack of urgency.

Premier Daniel Andrews is right to concede that, particularly with the new mutation reaching our shores, the likelihood of it breaching the revamped hotel quarantine program is heightened. And while the rollout of COVID-19 vaccination appears on track for later this month, herd immunity is not expected to be reached for many months, leaving no room for dropping the ball. 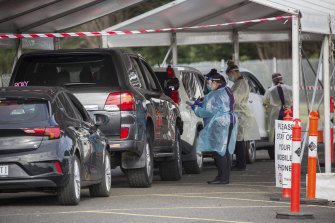 Melburnians came out in large numbers on Thursday to get tested. Credit:Paul Jeffers

But the latest positive case of local transmission does make clear the challenge. The 26-year-old Noble Park man tested negative on his last day of work, so it was only his own initiative that led to him getting tested again. The government has moved to extend testing to catch such a case in future, but fixing every possible crack in the system is an ambitious ask.

Now we all need to hold our breath, as the extent of the outbreak comes to light. Victorians do not need to be reminded of the worst-case scenario. The best outcome would follow the recent outbreak in Western Australia, where a security guard who worked at one of Perth’s quarantine hotels tested positive to the new UK strain of COVID-19 on Saturday. Three days into a five-day lockdown, there have been no further detected cases of community transmission.

However, epidemiologists are warning Victorians to brace for more coronavirus cases in the coming days. Professor Mary-Louise McLaws, an adviser to the World Health Organisation, said the sheer number of exposure sites the infected man in Victoria had visited in recent days and the possibility he had the more infectious strain had created a “perfect storm of risk”.

With such fears, has the Andrews government failed to go hard enough on further restrictions when Western Australia and Queensland introduced short-term hard lockdowns in a similar scenario?

Despite sharing the concerns that the outbreak may have already spread, The Age supports the cautious approach to enforcing further measures at this stage. An enormous amount of effort has been put into improving the state’s testing and contact-tracing capabilities. They have been put to the test before and proven to be effective. If this outbreak can be shut down with limited disruption to the general population, that would be an ideal outcome. But only time will reveal the right decision.

Flying in more than 1700 players, staff and others tied to the Australian Open was always going to be a risk, albeit a calculated one. A successful Open would be an enormous boost for the state and a just reward for the many sacrifices that have been made by all Victorians.

But at this stage there are no guarantees. Once again the hard work is under way to quash the virus. It will rely on people doing the right thing as much as effective decision-making from the government. Victorians know the drill, the government has hit the ground running. Let’s hope it’s enough to ensure the state can look forward to another stretch of COVID-19 free days.