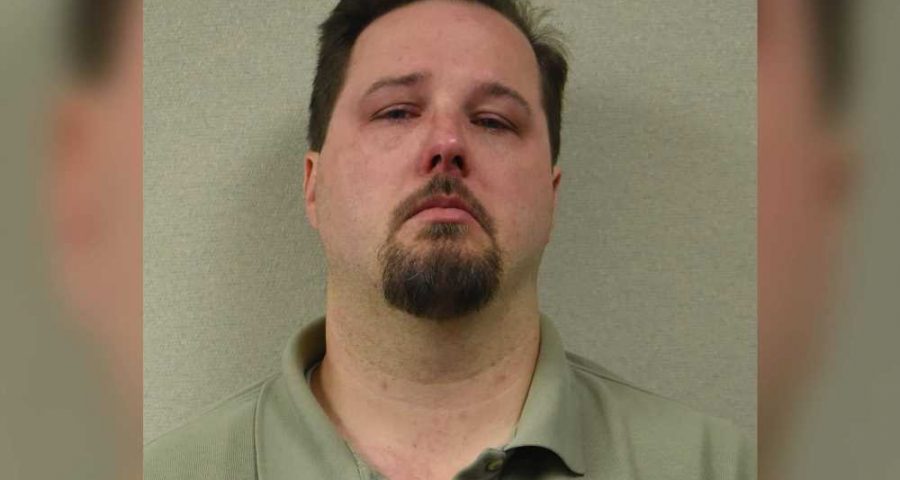 Florida congressman says he has COVID despite being vaccinated

A youth director at a Florida church has been arrested three times in two months — including on charges he hid a camera in a bathroom at the house of worship, authorities said.

Nims, 38, was first arrested on June 7 on felony video voyeurism after a 14-year-old boy found a camera beneath a sink in the youth hallway of the church, according to an arrest report obtained by the newspaper.

Nims was released from jail later that day after posting $10,000 bond. He was then arrested a second time on June 11 after a search at his home revealed more than 100 images of child pornography, deputies said.

“None of those child victims appear to have a local connection and were not videotaped by Nims himself,” sheriff officials said in a statement. “The files appear to have been downloaded off the internet.”

Deputies found an SD card and four micro SD cards during the search at his home last month, an arrest report shows.

The memory cards contained video footage of at least eight people — including three juveniles — using the restroom at the church without their knowledge, according to the report.

The camera was placed on a shelf above a toilet in a small room. The videos were taken in March, according to timestamps.

Some of the footage also showed Nims putting the camera beneath the restroom sink and then adjusting it, deputies said.

A message seeking comment from church officials was not immediately returned. Pastor Walt Magaha told WEAR-TV in a statement that the church was cooperating with deputies.

“While we remain grieved over the allegations and circumstance concerning Mr. David Nims, a former ministry volunteer, our church is focused on caring for those involved, working in full cooperation with law enforcement as they continue their investigation, and loving our congregants and community in the name of Jesus Christ,” Magaha said.

Escambia County Sheriff Chip Simmons told the station more victims in the case may be identified. Some of the videos, more than 180 in all, were also recorded at Nims’ home and his wife’s place of business, the station reported.