An advert for a coronavirus ‘passport’ app featuring Zara Tindall having an antibody test has been referred to the medical regulator.

The V-Health Passport system developed by VST Enterprises sees people take a test with the results then uploaded by a health administrator onto the user’s app.

But an advert promoting it shows the Queen’s granddaughter having an antibody test, despite the Government saying these can’t show if you currently have Covid-19.

VST said the antibody test in the video was for ‘illustrative purposes’ but claimed this version looked for antibodies that showed as early as three days after infection. 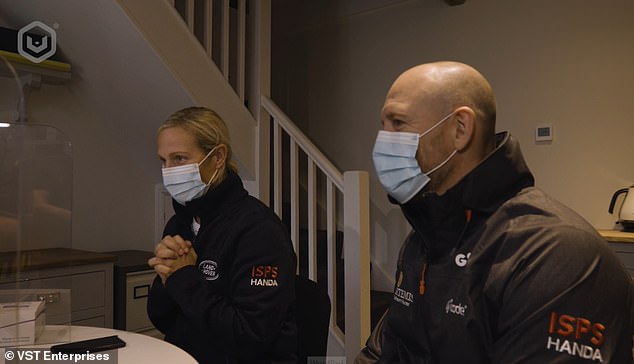 The video sees Jack Latus, managing director of Latus Healthcare, tell viewers: ‘So we’re here today to do a rapid antibody test for Zara and Mike just to see if they’ve already got or previously had the coronavirus.’

Zara asks: ‘So, this is testing for antibodies?’ The man carrying out the test then replies: ‘So it’s testing only for antibodies, but it tests for three different antibodies.’

The worker then tells her: ‘Just to take you through your results. So, Zara, this is your result here. As you can see you’re clearly negative for Covid-19 current infection.’

The video later sees Mrs Tindall explain how sports players, workers and fans can all use the app to give people ‘confidence’ to attend mass gatherings in the future. 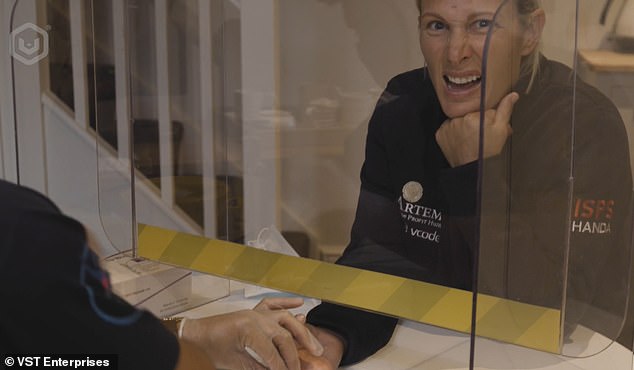 Mrs Tindall, who is an Olympic medal-winning equestrian, says: ‘For the equestrian world, a V-Health Passport and rapid testing is really important.

How would the app work in getting people into sports stadiums?

VST Enterprises have developed a health passport which they claim provides a ‘safe solution to get fans back into stadiums at full capacity’ by testing all ticket-holders for Covid-19 the day before an event.

The app has received support from bosses at the Premier League, Premiership Rugby and Formula One but cannot be implemented without approval from the Government.

Under the proposal, supporters pay £15 to take a ten-minute finger-prick test the day before a match, either at a testing station set up by the event host or at one of 1,000 clinics registered to the app.

A health administrator subsequently uploads the test results on to the user’s app.

On the day of the game, the app is scanned by security staff outside the stadium to check the user’s test status.

Only those who have tested negative are allowed to enter.

If any user tests positive, anyone scanned into a venue on the same day that fan attended will be notified for track and trace purposes.

‘Especially for the riders, who are travelling all over the country and maybe to other countries, to give the reassurance to the events that they are travelling to that they are either negative or if they have a positive or an amber test that maybe they shouldn’t be there, or get tested again before they go.’

She added: ‘I think it’s really important for reassurance for everyone in our sport – the riders, the support staff, the volunteers – and so the fans can see and have the confidence to come back to the sport that we love and get back to supporting the sport and having those big events running again.’

The Medicines and Healthcare products Regulatory Agency said it takes ‘every complaint seriously’ and ‘will investigate when necessary to protect public health’.

University of Birmingham biostatistics professor Jon Deeks said he reported the advert to the MHRA over fears it could actually increase the spread of Covid-19.

He told the BBC: ‘If people use these tests, they get a negative result and they go and think they haven’t got Covid when they could actually still be infectious, that might mean that people don’t social distance and so on.

‘And that might increase the risk of actually spreading Covid.’

The app previously hit the headlines in September after Manchester-based VST proposed it to the Government as a way to get spectators back into sports stadiums.

The firm said it provides a ‘safe solution to get fans back into stadiums at full capacity’ by testing all ticket-holders for Covid-19 the day before an event.

The app has received support from bosses at the Premier League, Formula One and Premiership Rugby but fans will have to pay £15 for a test on top of ticket costs.

Supporters would take a ten-minute finger-prick test the day before a match, either at a testing station set up by the event host or at one of 1,000 registered clinics. 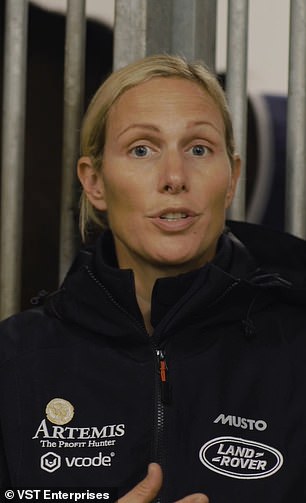 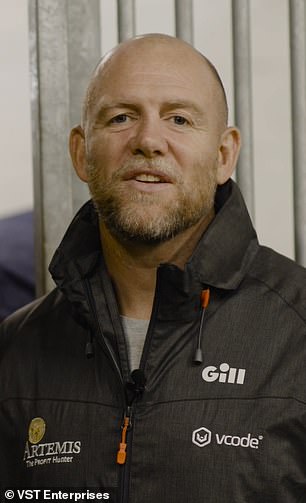 The couple explained how they uploaded their results onto their VHealth Passport app, which has been developed with the aim of getting sports fans back into major events and stadium

A health administrator subsequently uploads the test results on to the user’s app.

On the day of the game, the app is scanned by security staff outside the stadium to check the user’s test status. Only those who have tested negative can enter.

If any user tests positive, anyone scanned into a venue on the same day that fan attended will be notified for track and trace purposes.

A spokesman for Mr and Mrs Tindall has been approached for comment by MailOnline.

A VST Enterprises spokesman told MailOnline today the BBC’s report on the subject ‘is factually inaccurate and highly misleading’, adding: ‘The article relies on comment from Professor John Deeks from Birmingham University.

‘He has made several statements to the media in the past month which VST Enterprises and others have criticised. He is a known vocal critic of rapid testing in any form, most recently criticising the mass testing plans in the city of Liverpool.’

VST believes Professor Deeks’s concerns are ‘completely unfounded’ and that it would have been better for him to raise queries or concerns with the company. 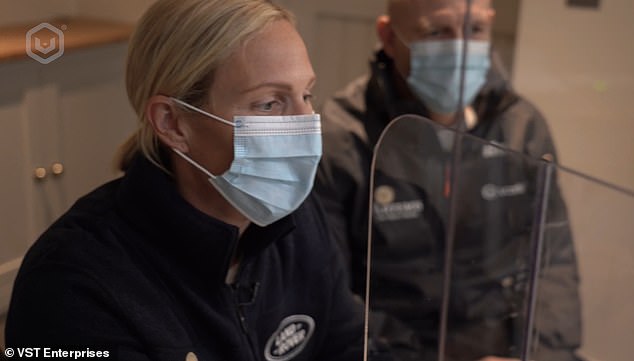 ‘Contrary to what VST Enterprises considers was incorrectly provided to MHRA, the following summarises the correct position:

He added: ‘V-Health Passport is a secure digital health passport that is a test agnostic platform, meaning it is not aligned to any particular Covid 19 test.

‘The V-Health Passport works with all Global Covid testing protocols including PCR based technology and both rapid ‘antigen’ and rapid ‘antibody’ testing. 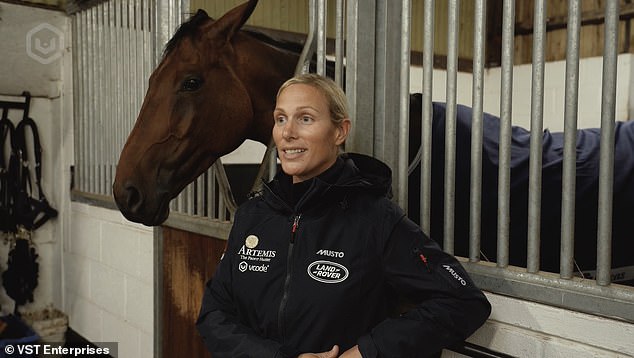 ‘VST Enterprises does not advocate any speciﬁc test over another and will always be guided by medical science and the regulatory Governing bodies to use the best in class testing.

‘The test used in the infomercial that is being referred to, is a Bio Sure, Rapid, Triple Antibody test which tests for IgG, IgM and IgA.

‘While rapid antibody tests normally test for IgG and IgM status, the addition of the IgA line tests for early stage infection. The test kit used was a professional test kit, CE marked for professional use only and registered with the MHRA.

I’m A Celebrity’s Giovanna Fletcher’s two year old son Max falls asleep holding a photo of her
We and our partners use cookies on this site to improve our service, perform analytics, personalize advertising, measure advertising performance, and remember website preferences.Ok